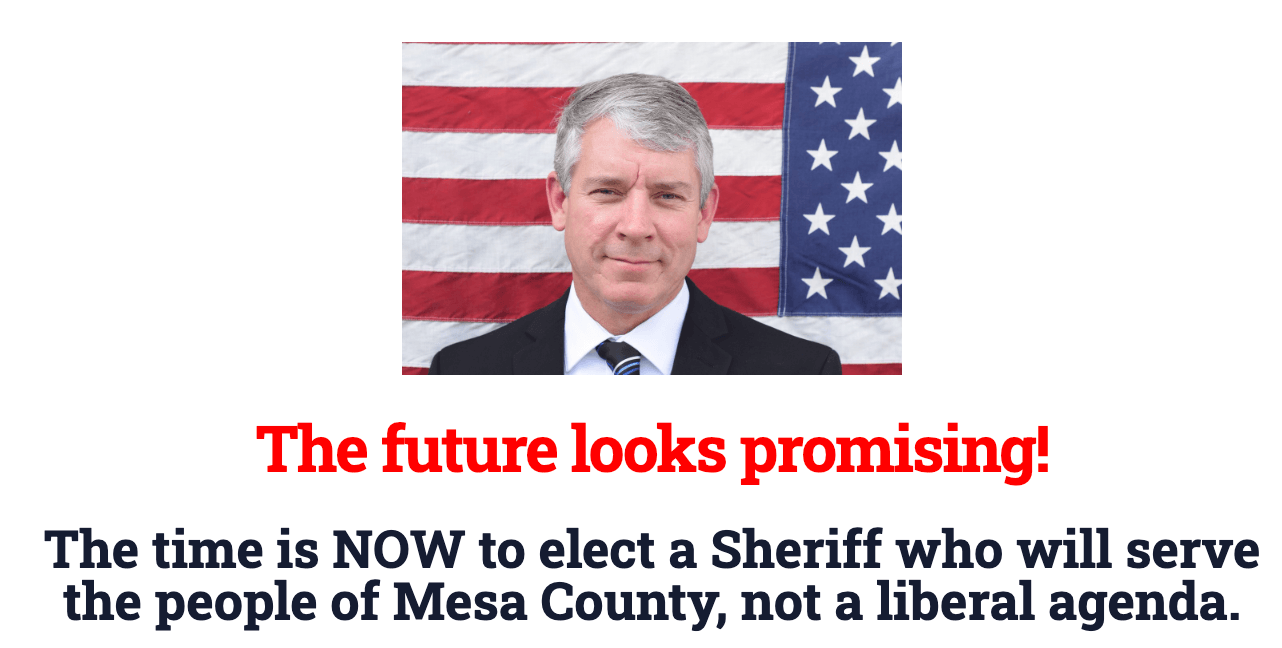 Dalley is overtly politically partisan, and promotes himself repeatedly as a Christian who loves guns. But more than this, he believes in Trump’s Big Lie, just like Tina Peters does.

The front page of this Saturday’s Daily Sentinel featured an article about the debate held recently between the two candidates running for Mesa County Sheriff in the Republican primary election coming up June 28: Bob Dalley and incumbent Sheriff Todd Rowell.

At the debate, Dalley cited statistics about alarming increases in crime within the county, without giving any sources for his statistics, while Sheriff Rowell cited Colorado Bureau of Investigations data that show Mesa County actually has lower crime rates than the rest of the state as a whole.

That Dalley would quote statistics, as he does on his campaign website as well, without citing even a single source for any of the information, is always a red flag, since he could be making up this information, but the biggest bombshell in the Sentinel article was really near the end, and was presented with little fanfare or attention:

“Dalley said he doesn’t believe Joe Biden fairly won his election to president of the United States in 2020.”

Dalley is an election denier, exactly like indicted Mesa County Clerk Tina Peters, and we’ve seen the damage putting someone in elected office who believes this has done to our county, and the expense it’s caused taxpayers.

Dalley believes in The Big Lie, Trump’s myth that the election was stolen from him through massive, coordinated election fraud, a claim that’s been completely debunked from top to bottom, from coast to coast, over and over again through the dismissal of over 70 different court cases claiming this nationally, as well multiple recounts, audits, in-depth investigations, including a recent one here in Mesa County, and many other methods of examination.

So what is the significance of a candidate who wants to head the Mesa County Sheriff’s Department believing a completely debunked lie, or even just thinking it’s okay to tell the entire public a lie?

Well, if Bob Dalley is willing to lie to the public about the 2020 election, maybe he’ll also feel comfortable lying to the courts to obtain a conviction. He might set a bad precedent by tacitly making it okay for MCSO officers to lie. Under Dalley’s leadership, would MCSO officers be okay with saying, for example, that they saw a weapon in someone’s waistband when they didn’t? Or that they witnessed a shooting, or a drug deal when they didn’t?

This is probably not what we want in Mesa County.

Add to that the fact that Dalley has zero endorsements on his campaign website by any local individuals, and we see problems forming. His only endorsement is by the national group Gun Owners of America, and his platform seems to be primarily about having very few regulations on all guns and keeping very few restrictions on gun possession. He also makes it a point to say repeatedly on his campaign website that he’s a Christian, which has zero bearing on his ability to perform as Sheriff.

1) Dalley’s campaign website links to his account on the conservative social media platform Gettr, a Twitter clone launched by former associates of Trump after Trump was kicked of Twitter, that has developed a reputation for hosting racist and antisemitic content and terrorist propaganda.

And 2) Dalley is a bad speller, which seems to be a hallmark of far right wing extremists:

The word Dalley should have used is “accept,” not “except” in this post on his Gettr account, and there should be an apostrophe in “Russia’s,” but when considering content, this overly-simplistic post also reveals that Dalley has very little grasp of geopolitics or the larger significance that Russia’s unjust war on Ukraine holds for all western democracies.

Passover has nothing to do with Jesus, and the correct word Dalley should have used in the last line is “perish.”

Dalley also isn’t thorough. Even though a website is a primary communication tool for a political campaign, he couldn’t be bothered with filling in key information on his website, as evidenced by the template instructions he left unchanged: 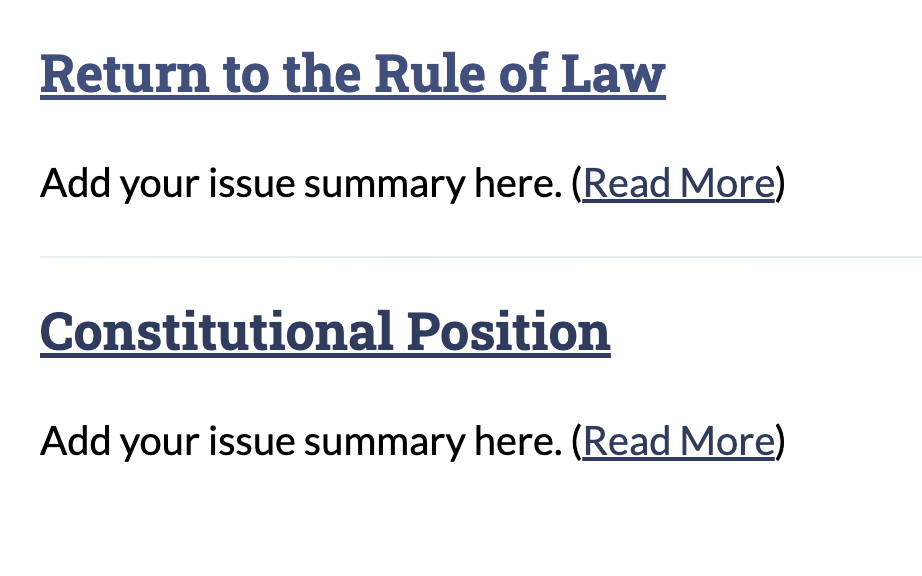