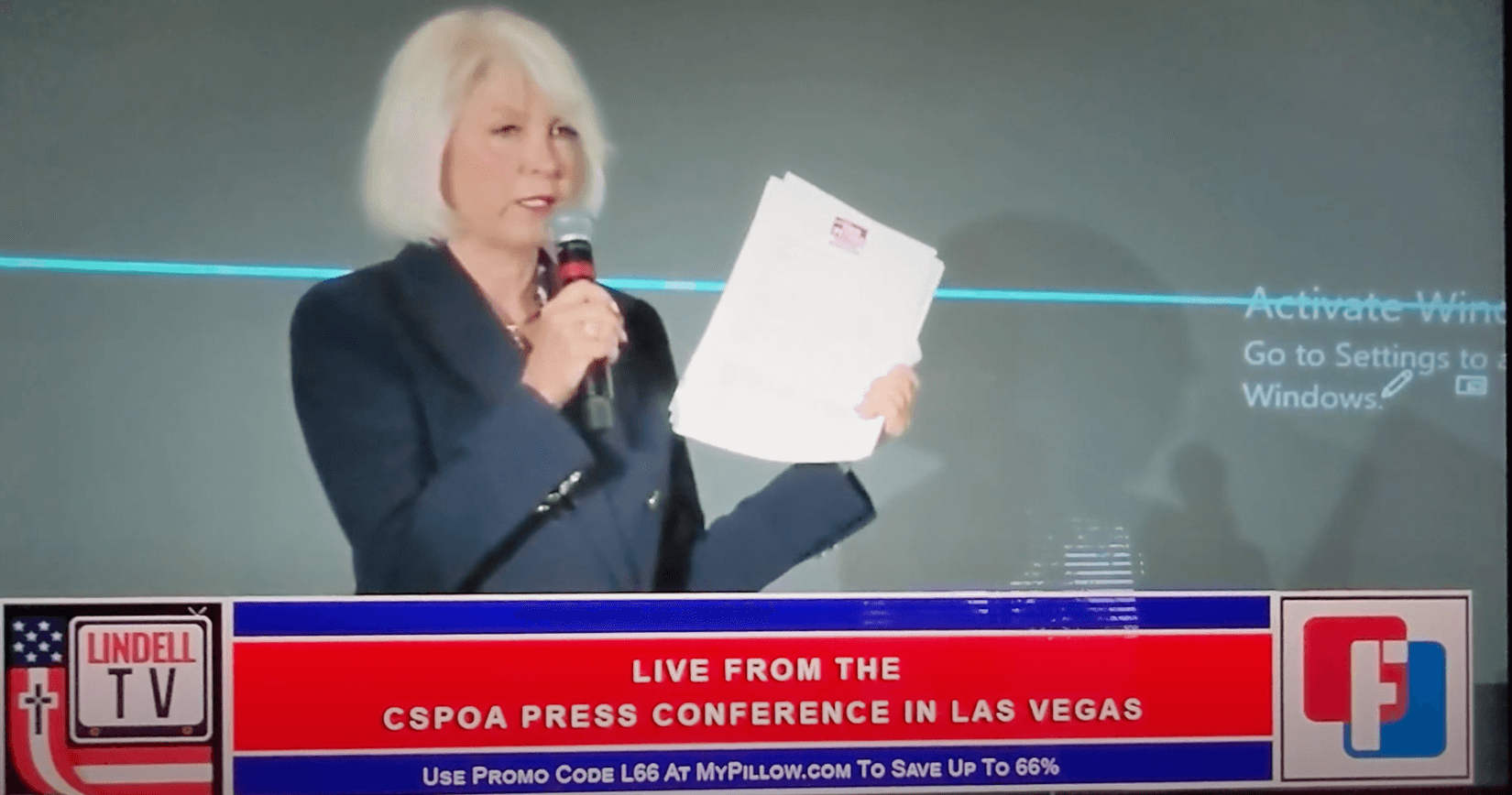 Tina Peters waves around a letter to the Colorado Secretary of State at the July 12 Las Vegas conference she attended, demanding a recount of her race in the primary. She failed to meet the deadline last Friday to pay over $236,000 for a state-wide recount. She lost by over 88,000 votes or a margin of over 14% between her and the winner.

For all the bluster Mesa County Clerk Tina Peters made over demanding a recount in her June 28 primary loss, she failed to get the necessary funds in to the Secretary of State by the deadline last Friday to commence the recount, so it won’t happen.

At a speech she gave at a conference of election-denier sheriffs in Las Vegas on July 12 (video), Peters waved around a notarized letter (pdf) to the Colorado Secretary of State that she told the crowd she was sending to demand a recount, claiming without any evidence that she lost because of “extensive malfeasance” in the June 28 primary. She failed to mention ore recognize how her being indicted on 7 felonies related to election tampering might have affected the vote.

There was no fraud or malfeasance in the June 28 primary, and Peters’ loss has been accepted as legitimate.

Baselessly claiming the existence of widespread election fraud and blaming it for election losses is part of a Republican effort to destabilize American democracy and is a Trump-led strategy to set the stage for a broader attack on the right to vote across the country. Republicans have been enacting laws around the country that make it harder to vote, like a law in Georgia that makes it illegal for anyone but election workers to provide food or water to people waiting in line to vote. Some voters in Georgia waited in line for up to 9 hours to vote in 2020.

Most Republican voters in Colorado rejected this extremist strategy, leading to losses for election-denier candidates like Peters.