The revelation about Peters’ request to McCarney to have him rig her primary election comes just before a movie about her titled “Selection Code” is scheduled to premier on August 20, 2022. The movie, funded by election denier My Pillow CEO Mike Lindell, advances former President Donald Trump’s lie that election fraud is rampant in the U.S. and elections are “rigged.” The movie trailer narrative says Tina “stumbled across evidence of manipulation” in Grand Junction and Mesa County elections, but no evidence of manipulation of elections here has ever been found, and local officials have taken painstaking and expensive steps to assure Mesa County residents that local elections are accurate by counting ballots multiple times and multiple ways, including by a hand count, to show the results are all the same. 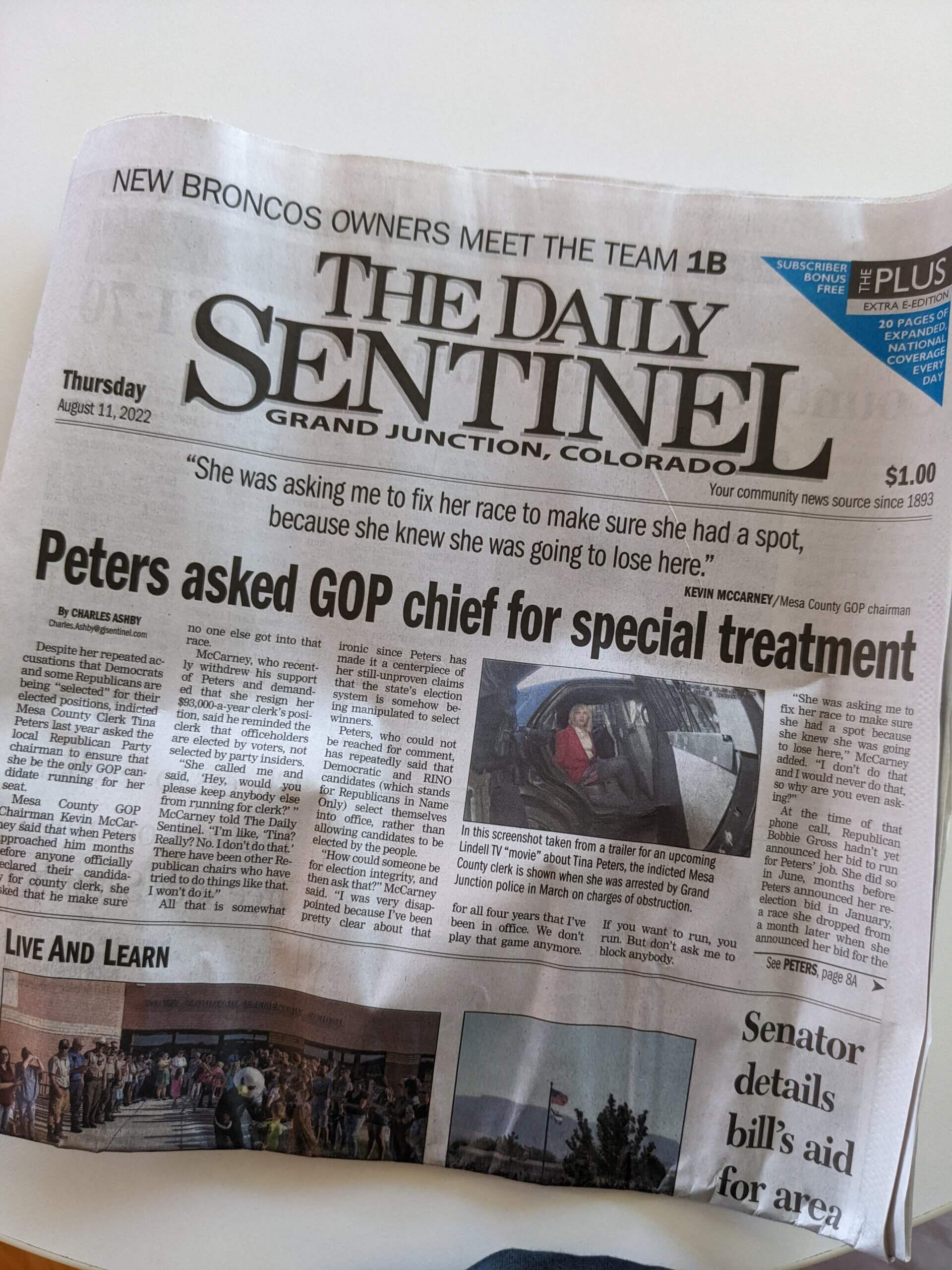 Thursday, August 11 edition of The Daily Sentinel reveals Tina Peters asked to have the Mesa County GOP Chair rig her own election so she could win

Tina Peters, however, has discovered she can raise a fortune from unsuspecting Trump supporters by persisting in lying to the public about election security.

The easy money she has been able to raise from Trump supporters by making this claim to a national audience has encouraged her to keep promoting the lie that elections are somehow rigged and fraudulent. Peters has raised hundreds of thousands of dollars from supporters even after losing her race for secretary and state, twice, the second time through a recount she paid over $255,000 for using donations from duped supporters. In an August 5, 2022 article in Colorado Newsline, the Director of the Colorado County Clerks Association, Republican Matt Crane, called Tina Peters “a predator and a liar” who is coming after people for their money.

Kevin McCarney recently called on Peters to resign as Clerk. She continues to draw her taxpayer-funded salary of $93,000/year plus benefits, even though a Court ruling has prohibited her from entering her workplace to perform her duties. She can only be removed from her office as County Clerk by the voters through a recall, and an effort to recall her during the height of the pandemic in 2020 failed to gather enough signatures to get the recall on the ballot.