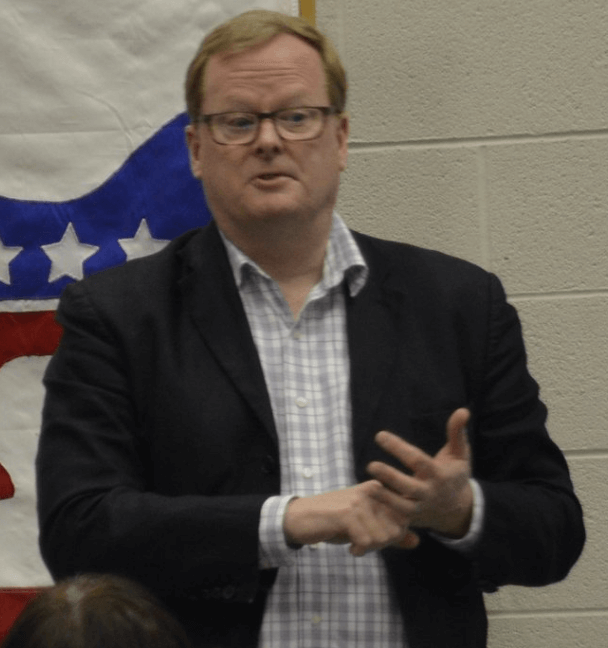 Among other things, Wheeler says Boebert defamed him on the nationally-broadcast Sean Hannity show, saying he had called her a “drug addict” and a “prostitute,” and that Wheeler had made death threats against her. Wheeler says none of that is true.

Boebert had a member of her restaurant staff report Wheeler to the Rifle police on June 20, 2022, when Wheeler was outside her restaurant, Shooters Grill, on the sidewalk handing out T-shirts that said “Fire Boebert.” In the call to the police, the employee said there was a “male from out of state, posting different stuff, she [Boebert] is getting death threats from him, he is trying to set up outside, white male, blue shirt.” Police came to the scene and asked Wheeler for identification, which he provided. They noted he was on the public sidewalk and wrote in the incident report that

“Mr Wheeler is currently committing no crime. He is currently on public property, protesting the Congresswoman.”

There is no police record anywhere, Wheeler says, saying he made a death threat — or any threat, ever — against Boebert or her family.

There are many other allegations in Wheeler’s 36-page complaint against Boebert.

Wheeler beat her to it 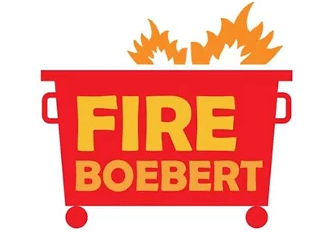 Logo of FireBoebert.com, a website operated by American Muckrakers PAC

Boebert said last summer that she planned to file a defamation suit against Wheeler, but she never has. She succeeded in getting a temporary protection order against Wheeler last June, but the Court quickly vacated the order and dismissed the case.

In the mean time, Wheeler filed this defamation case against Boebert.

Wheeler hopes this lawsuit will allow him to depose Boebert about the veracity of many of the claims he has publicly made against her, which he says are based on interviews and conversations he’s had with people who are related to, worked for, know or have known Rep. Boebert and her family.

The American Muckrakers PAC is a non-profit political action committee that describes itself as “dedicated solely to ensuring terrible politicians are held accountable and hopefully fired.”

4 comments for “Lauren Boebert sued for libel and slander”