As if the Rick Brainard debacle didn’t offend enough people for the embattled Grand Junction Area Chamber of Commerce, now Chamber president Diane Schwenke has offended the local secular community with an anti-atheist post on her personal Facebook page.  Ms. Schwenke says in her post that she finds this nasty joke “just too good not to share,” so I am sharing it with all of my readers.

Is it ever appropriate for the president of a Chamber of Commerce to attack a minority group like this? Is it more politically safe to attack atheists than it is to attack, say, Jews, Mennonites, Latinos or African Americans? To make matters worse, the G.J. Chamber continues to get public funding from the City of Grand Junction, which pays $6,325/year (updated in 2017) to be a member of the chamber at the highest level. A larger screenshot of Diane Schwenke’s Facebook Page with her joke along with her statement of affiliation with the Grand Junction Chamber of Commerce can be seen here. 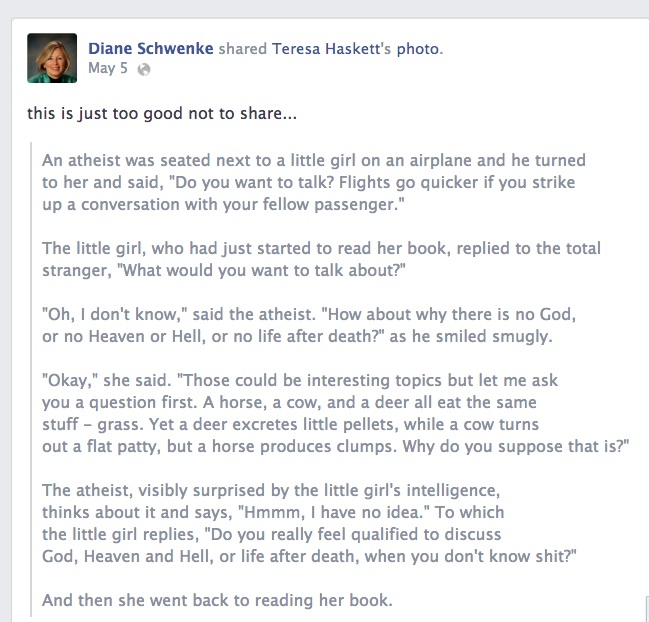