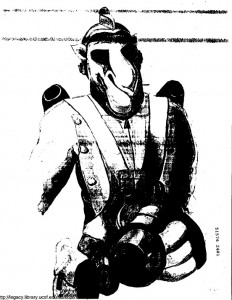 On November 2, 1995 prominent anti-tobacco activist Patrick Cleveland Reynolds, the grandson of Richard Joshua Reynolds, Jr. (founder of the R.J. Reynolds Tobacco Company) presented this creative but shockingly misguided public relations proposal to the R.J. Reynolds Tobacco Company (RJR) as a way to help the cigarette maker build goodwill with the public while presumably padding his own pocket. The proposal, which Patrick eponymously titled “Project PR,” suggested that RJR use a set of cartoon characters that Patrick had created to teach kids not to smoke.  The characters, “Buck Dromedarian and the Deep Space Camels” were half-human, half-camel space aliens who hailed from the planet Dromedarius in the galaxy Humpus. Patrick helpfully suggested that, if RJR desired, Buck could even interact with RJR’s Joe Camel character in ads promoting the cartoons.  Patrick suggested RJR license his characters for use on products that would appeal to children, like toys, music videos, trading cards, stuffed animals, T-shirts, video games, films, a TV series and live appearances. Patrick even proposed that RJR send him (yes, himself, Patrick) on a world tour featuring himself in live appearances at shopping malls and schools in the U.S., Europe and the Far East. Patrick further proposed that he himself be featured in the cartoon, interacting with his space camels.

On page 13 of the proposal to RJR Patrick helpfully suggested (in the third person voice):

“Tobacco executives will not be portrayed as bad guys; if RJR prefers, those characters could be omitted from the script.  Patrick Reynolds would, given his preferences, like to put some blame in the stories on the world’s politicians for failing to stop kids from buying cigarettes. In this way, blame could be deflected to where it really belongs…”

“…The more open the RJR team can be, the more popular Buck comics and TV series will of course be with teens — and the more RJR will be trusted and liked as the ‘good’ tobacco company…” 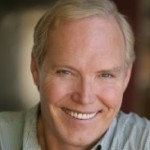 This is an example of how a well-meaning but unsophisticated tobacco control advocate, acting in isolation, can over-reach.

The entire text of the proposal makes for quite entertaining reading.