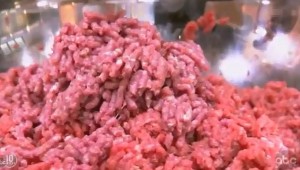 After weeks of silence, the Kroger Company — America’s biggest supermarket purveyor —  announced in a short press release March 22 that it will no longer use “pink slime,” the ground beef filler that has caused an uproar among consumers. Critics of pink slime, including former USDA scientists, publicly contend that the ammonia-treated meat filler, made from low quality meat scraps previously used only in cooking oil and dog food, is less nutritious than pure ground beef, and a riskier product due to its higher potential for bacterial contamination. Kroger’s announcement followed similar announcements from smaller grocery chains like Safeway and Food Lion, which moved more quickly to address consumer concerns about the filler. Other grocery chains, like Whole Foods and Costco, told ABC News immediately that their products have never contained the additive. Kroger operates Ralph’s, Fred Meyer, Dillons, Food 4 Less and other stores, and King Soopers and City Market stores in Colorado. Consumers were unaware that 70 percent of ground meat contained pink slime because USDA doesn’t require labeling to make consumers aware the additive is in their ground meat.