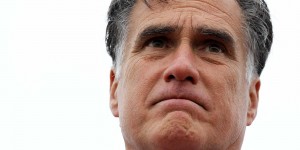 Mitt Romney’s former company, Bain Capital, may refuse to make public the clients it has served, but now previously-secret tobacco industry documents reveal Bain & Company worked closely with cigarette makers British American Tobacco, Philip Morris and Gallaher, to help them expand their markets and become more profitable at the expense of global public health.  Bain helped British American Tobacco (BAT) crack open the cigarette market in Russia and transform it into a lucrative business at a time when American tobacco companies were under pressure at home and smoking rates in the U.S. were decreasing. By 1993, during the time when Bain worked with cigarette makers, the dangers of smoking were well established. The 1964 Surgeon General’s report had announced that cigarettes caused cancer.  In 1988 the U.S. government warned that nicotine was addictive in a similar manner as heroin and cocaine. In 1989 the Surgeon General announced that most people begin smoking as children and one in every six Americans was dying from smoking. In 1993 the EPA rated secondhand tobacco smoke a Group A Human Carcinogen — the same rating the agency gives to asbestos, radon gas and vinyl chloride. Romney took over Bain in 1990 and stayed until 1995, when this crucial public health information about smoking was public. When Romney took over Bain, the company was in financial distress and seeking new clients. One of the first new clients Bain signed during that time was Philip Morris (PM). Little more than a month after Romney took over, Bain signed a six month contract with Philip Morris estimated to be worth $1 million. Bain performed cigarette display research for PM, to determine optimum formats to increase cigarette sales and profitability. Another client Bain took on under Romney was British American Tobacco (BAT). Bain used its contacts with Russian officials to arrange sweetheart deals for BAT, and worked to expand BAT’s Russian cigarette market, concentrating particularly on increasing smoking among Russian women and younger people.  Romney is a Mormon, and Mormonism holds that smoking is an evil, along with caffeine and alcohol. While some individuals in Romney’s family have a history of strongly opposing tobacco use, tobacco company documents and other sources reveal that Romney wholeheartedly supported and advocated Bain’s Russian tobacco work. A former Bain employee who contributed to BAT projects said no one at Bain complained about the company’s tobacco work. “I can tell you that there was absolutely no worry about the health concerns at all. The concern was only about making money.” The Huffington Post published an extensive article today describing Romney and Bain’s ties to the global tobacco industry. You can access the article here.