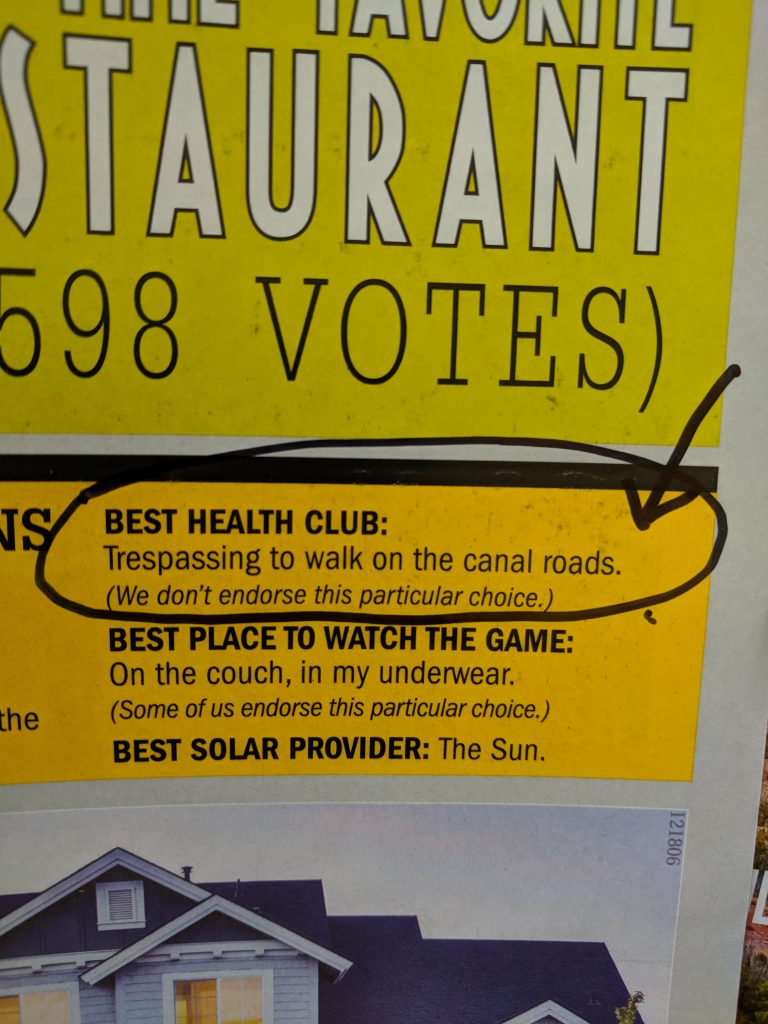 The Grand Valley’s irrigation canal maintenance roads have unparalleled vistas and miles of quiet, mostly flat, largely motor-free enjoyment for runners, walkers and mountain bikers.  The canals and their surrounding areas also attract interesting wildlife. Many subdivision walking paths lead right up to the banks of the canals, beckoning residents to stroll there. But we are supposed to look away and believe this is all inadvertent and entirely out-of-bounds because using the canal banks for non-motorized recreation is technically considered trespassing. It is true that people and dogs have occasionally but rarely gotten hurt –even killed — by misusing the canals, and sometimes people dump trash and weird liquids into the canals, and dump trash along the banks. Those are very bad things. But… 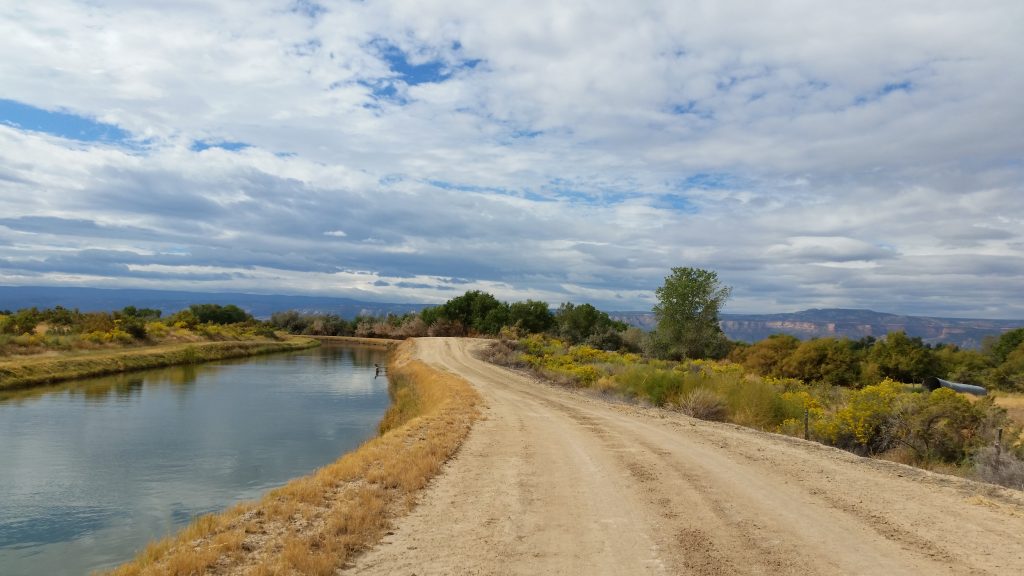 Grand Valley residents face a conundrum when it comes to the canal banks. While  it is considered trespassing to use the canal banks, no one has been cited for walking on a canal banks in over three decades. When asked about this conflict regarding the canal roads a few years ago, former three-term Mesa County Sheriff Stan Hilkey said that during his 28 years at the Sheriff’s Department he knew of no one who had ever been prosecuted for walking on the canal roads. He added that violations of the “No Trespassing” rule on the canal banks are the “lowest possible priority misdemeanors” for area law enforcement authorities, which means if a landowner calls 911 to report someone trespassing on the canal banks, chances are a car will not respond any time soon. This leaves the burden of documenting and reporting the trespass entirely on the landowner. The landowner would have to identify the trespasser(s), get their contact information, document the time, date and duration of the trespass with solid evidence and go down to the Sheriff’s Department and file a report about it. It’s a pretty high burden, so it just never happens.

Read more about the politics and problems (real and imagined) surrounding the irrigation canal banks at a previous blog here.