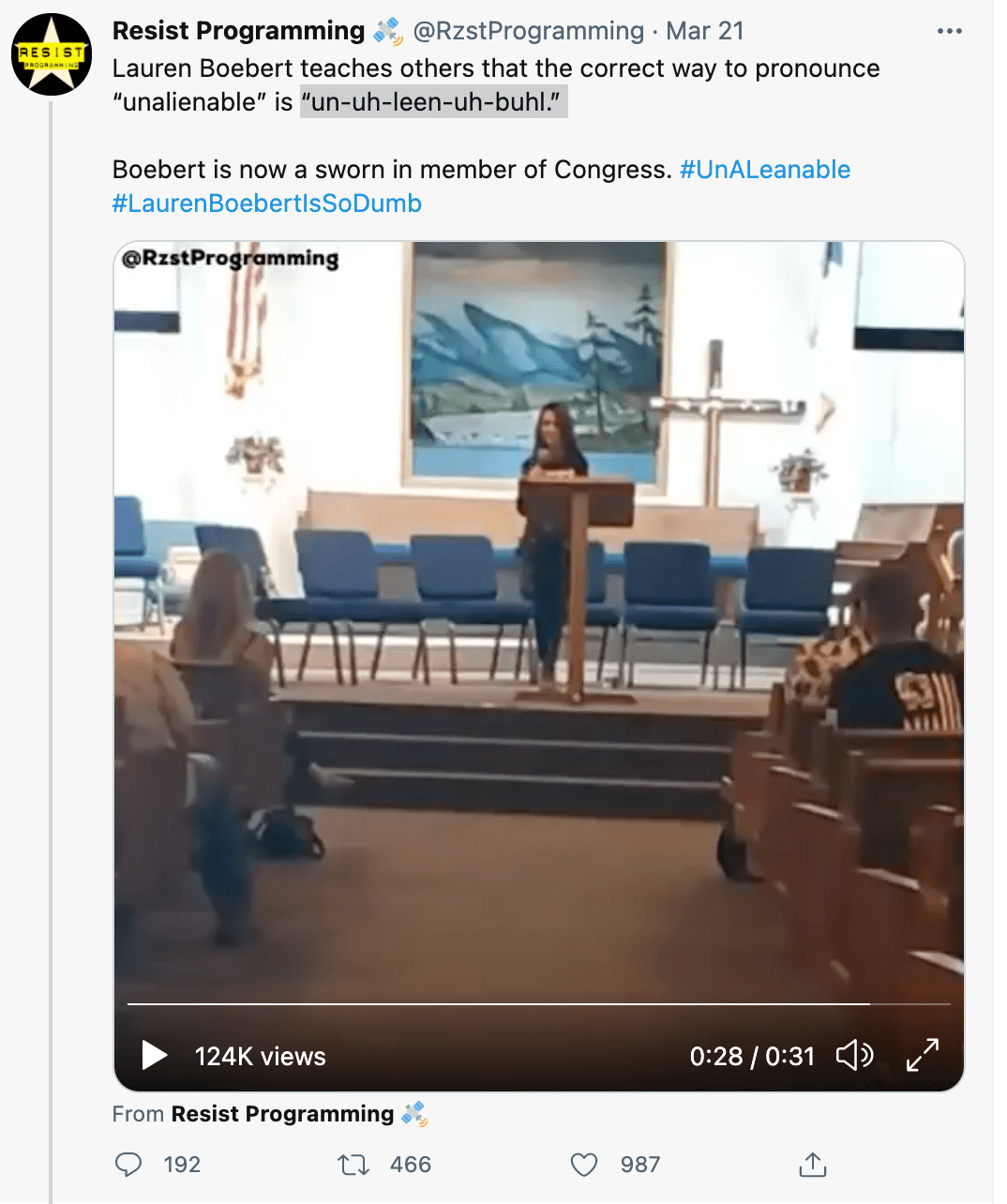 A video recording of House Rep. Lauren Boebert (R-CO) schooling her audience in how to mispronounce the word “inalienable” was posted to Twitter on March 21, 2021

A video recording has surfaced on Twitter of CD-3 House Representative Lauren Boebert (R) instructing an audience with great certainty that the correct way to pronounce the word “inalienable” is in fact “un-uh-leen-uh-buhl.” Boebert goes out of her way to stress this is the correct pronunciation, saying:

“We the people have been endowed by our creator with certain un-a-LEEN-able rights.

That word is NOT pronounced “in-ay-lee-en-able.’ … These rights are UN-UH-LEEN-UBLE.”

She gave this talk to an audience in a church last March.

Ms. Boebert may have gotten her idea about the mispronunciation of the word after her business, Shooter’s Grill,” was hit with nine tax liens for non-payment of unemployment insurance. The type of “lien” you have to pay is, in fact, pronounced “LEEN.”

Rep. Boebert had to pay off over $20,000 in liens, which may have burned into her mind the erroneous belief that any instance where the lettering “lien” appears is actually pronounced “LEEN.”

It is striking that she feels she must tell others in no uncertain terms that their long-time understanding of how the word pronounced — the correct way — is wrong, and hers is correct.

7 comments for “Rep. Boebert tells an audience that the word “inalienable” is actually pronounced “un-a-leen-able””