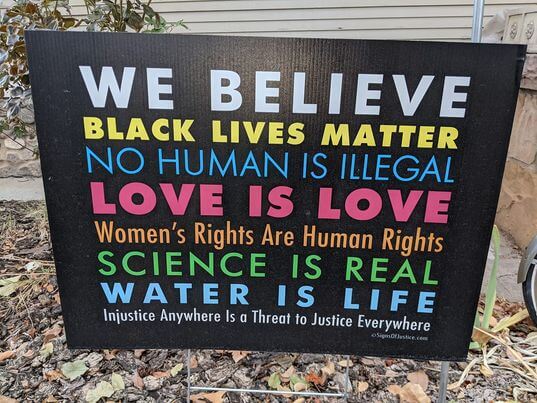 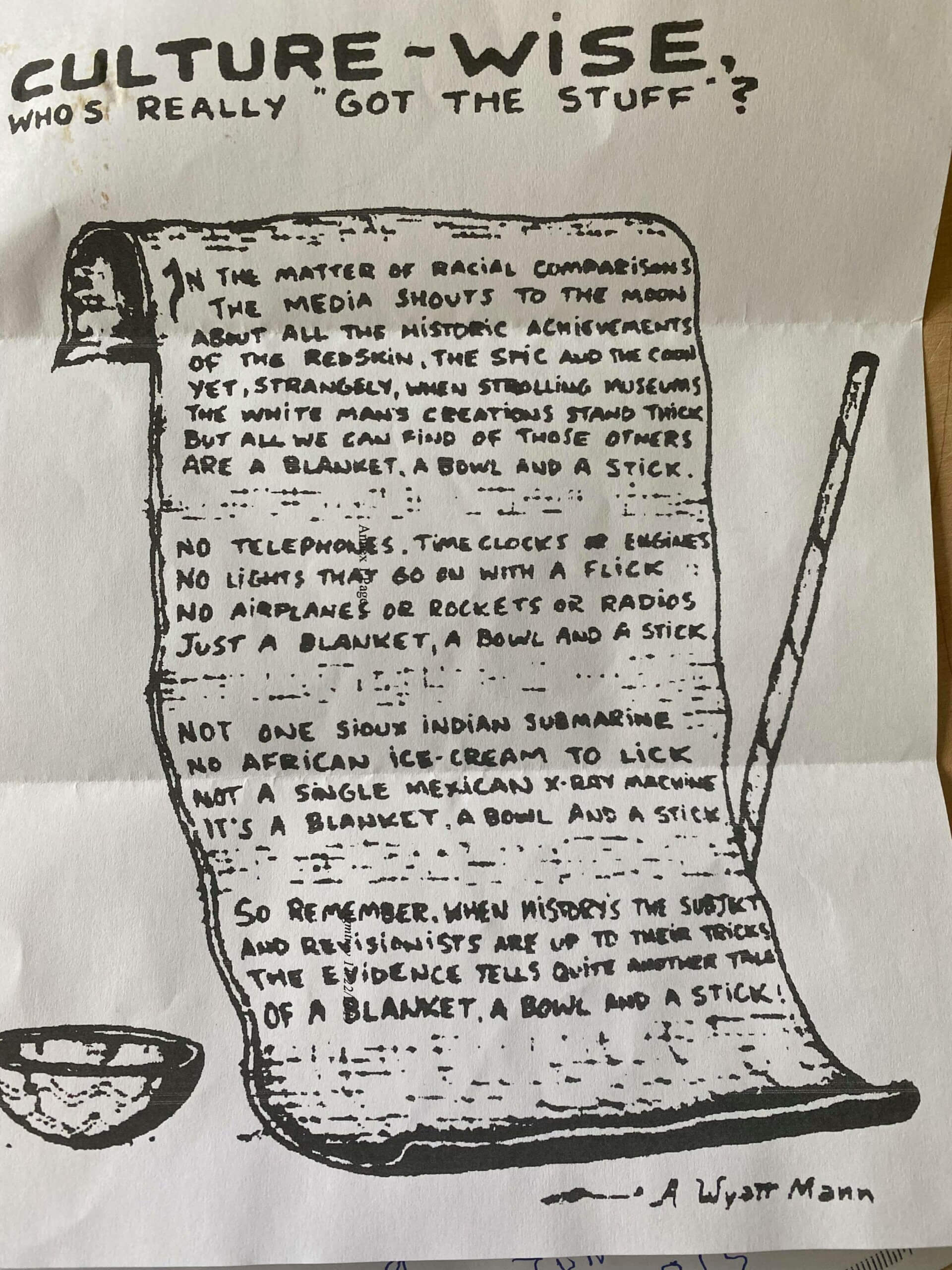 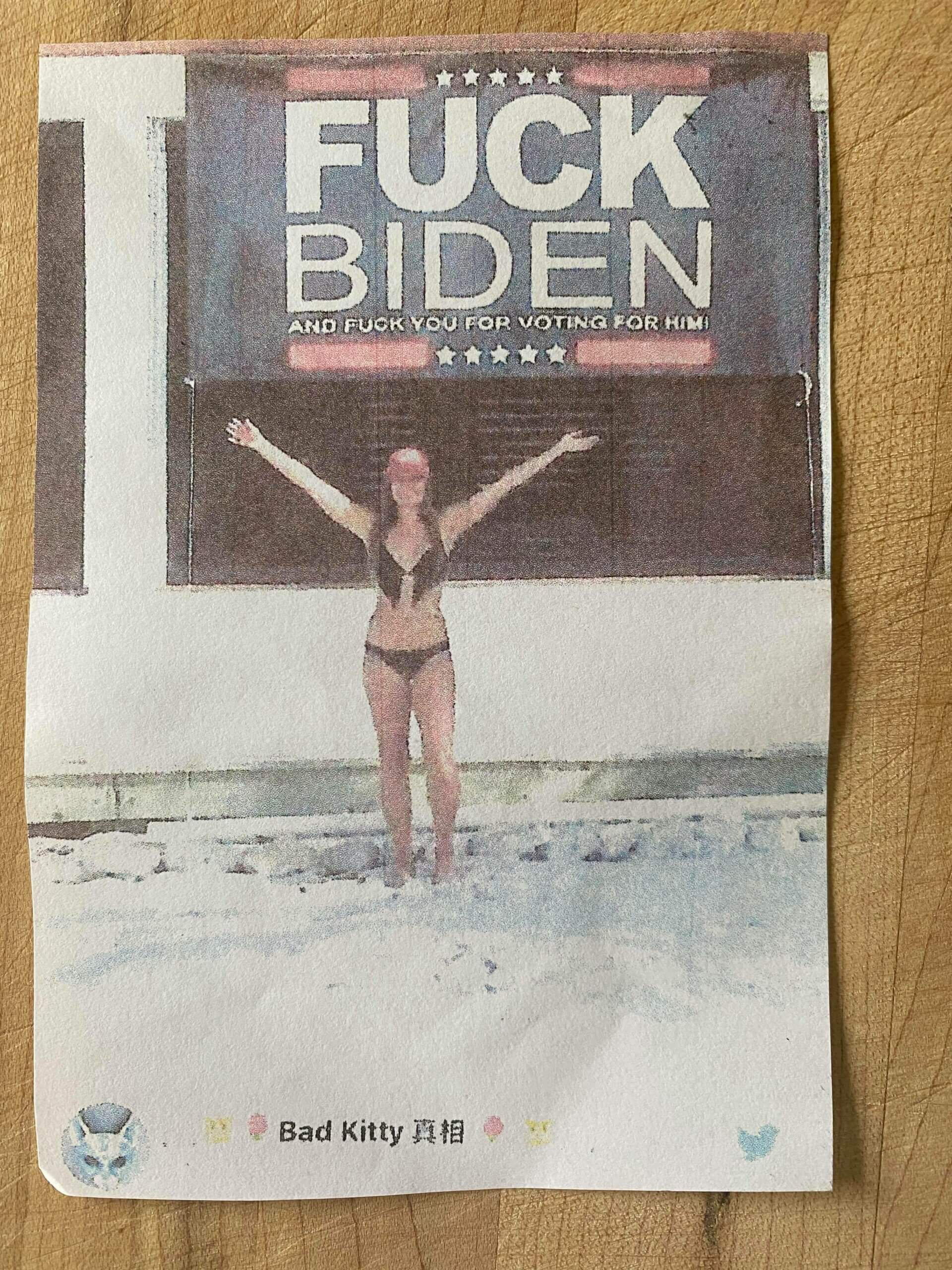 Anonymous hate mail received by Redlands resident. The Mesa County Republican Party has refused to condemn signs, flags, etc. being displayed around town with this message 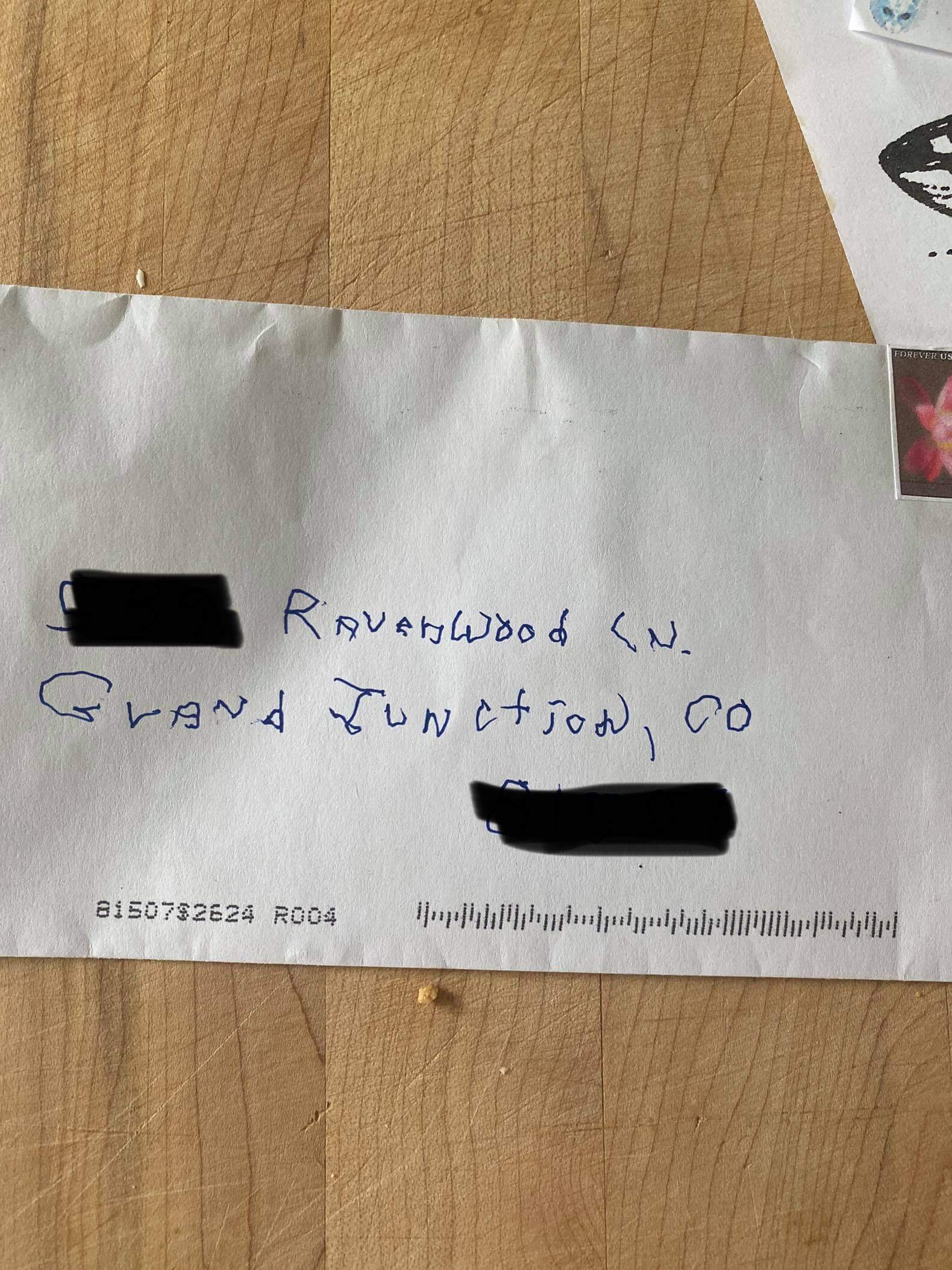 The downtown resident has received a total of nine similar letters since 2020, each written by hand in the same handwriting, with similar messages calling Black Americans “savages.” 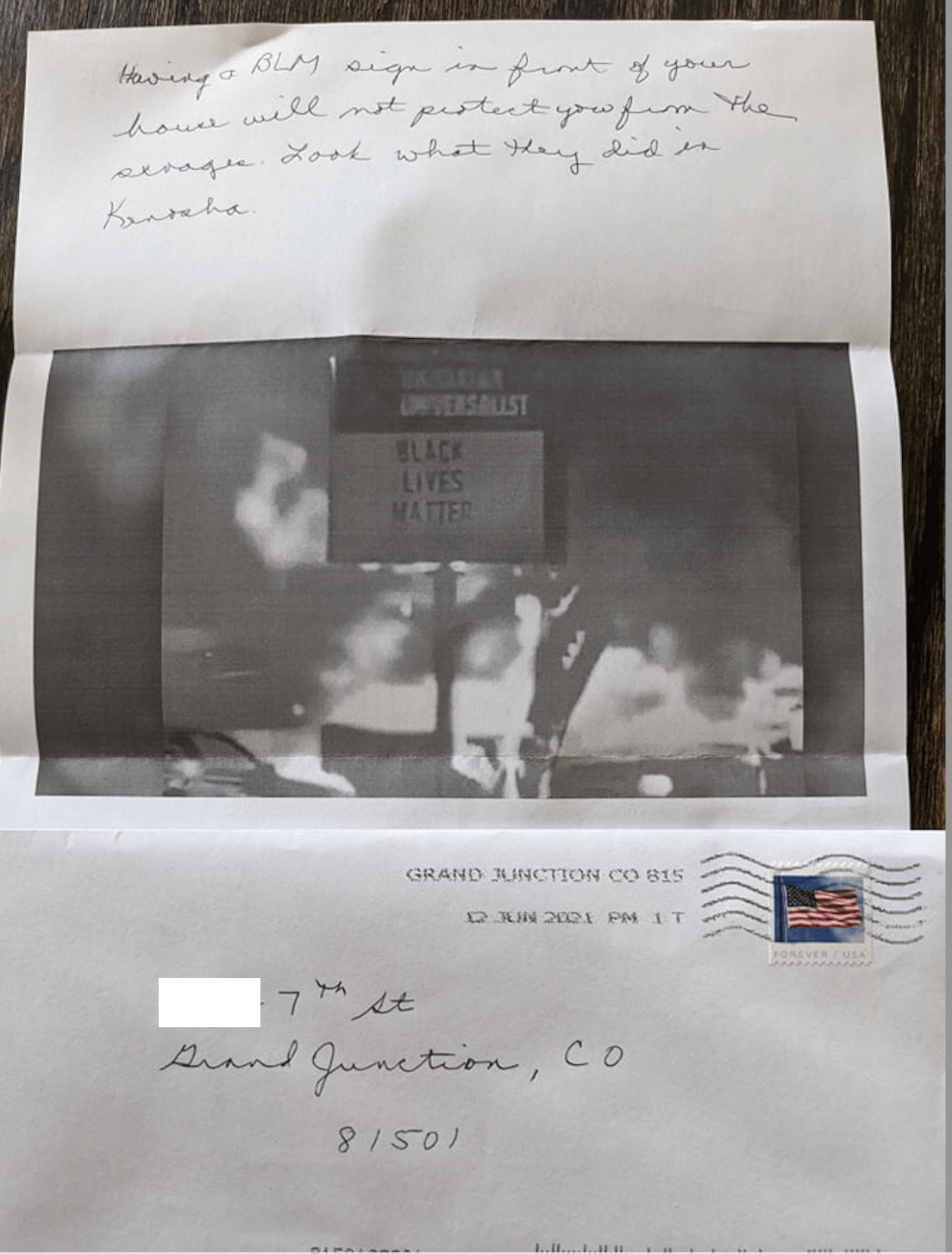 One of nine similar letters sent over a period of about a year so to a mixed race downtown Grand Junction resident. 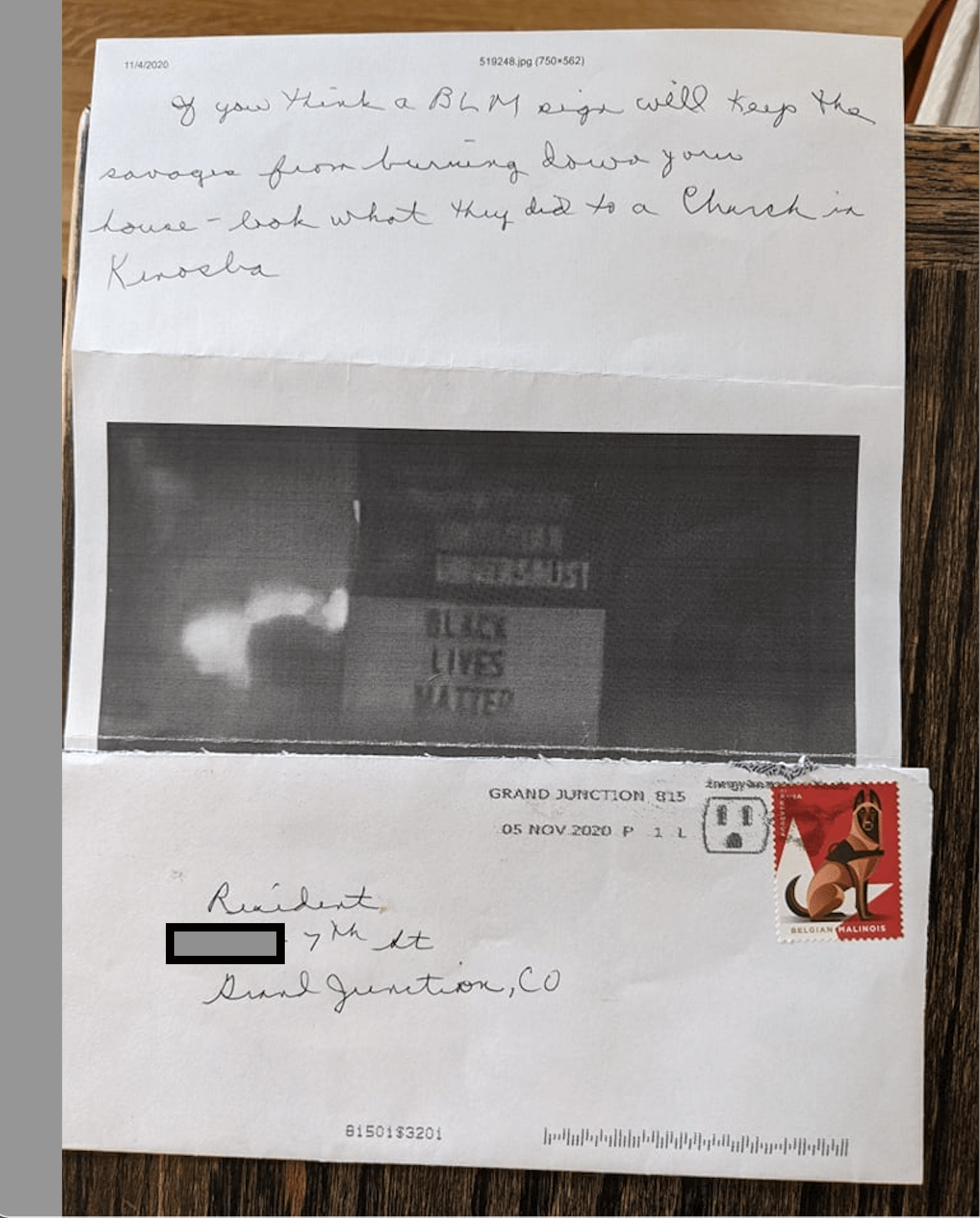 Another one of the 9 anonymous letters sent to a downtown G.J. resident