In a video on his business web page under the heading “Covid Treatments,” Grand Junction chiropractor Ronald Engler of the Redlands Chiropractic and Wellness Center administers horse deworming medication to himself and encourages others to do the same to themselves, in violation of FDA guidance on use of the drug.

NOTE: This video has been banned on YouTube previously for posing a serious risk of egregious harm. It was uploaded again here for purposes of criticism in this article. We’ll see if it lasts.

While some Grand Junction chiropractors are profiting from the pandemic by marketing proprietary dietary supplements that they falsely infer will prevent or treat Covid-19, others are using their credibility as health care providers to openly promote dangerous medical misinformation to the public.

One of these is Ronald W. Engler of the Redlands Chiropractic and Wellness Center.

Engler’s website has a page titled “Banned videos” where he has posted videos he made himself that violated YouTube’s Covid-19 Medical Misinformation Policies.
YouTube banned Engler’s videos for contradicting public health guidance about the pandemic, “posing a serious risk of egregious harm” and making “categorical claims that Ivermectin is an effective treatment for Covid-19.”
Engler also provides a link on this page to an article that falsely claims commercial mouthwash can prevent Covid-19 transmission.
Even the Listerine company is trying to dispel this misinformation by saying on their website that their products are not intended to prevent or treat Covid-19 and “no evidence-based clinical conclusions can be drawn with regards to the anti-viral efficacy of LISTERINE® Antiseptic mouthwash at this time.”
Engler also appears in a video on the site endorsing use of the horse deworming medication Ivermectin to prevent Covid-19. 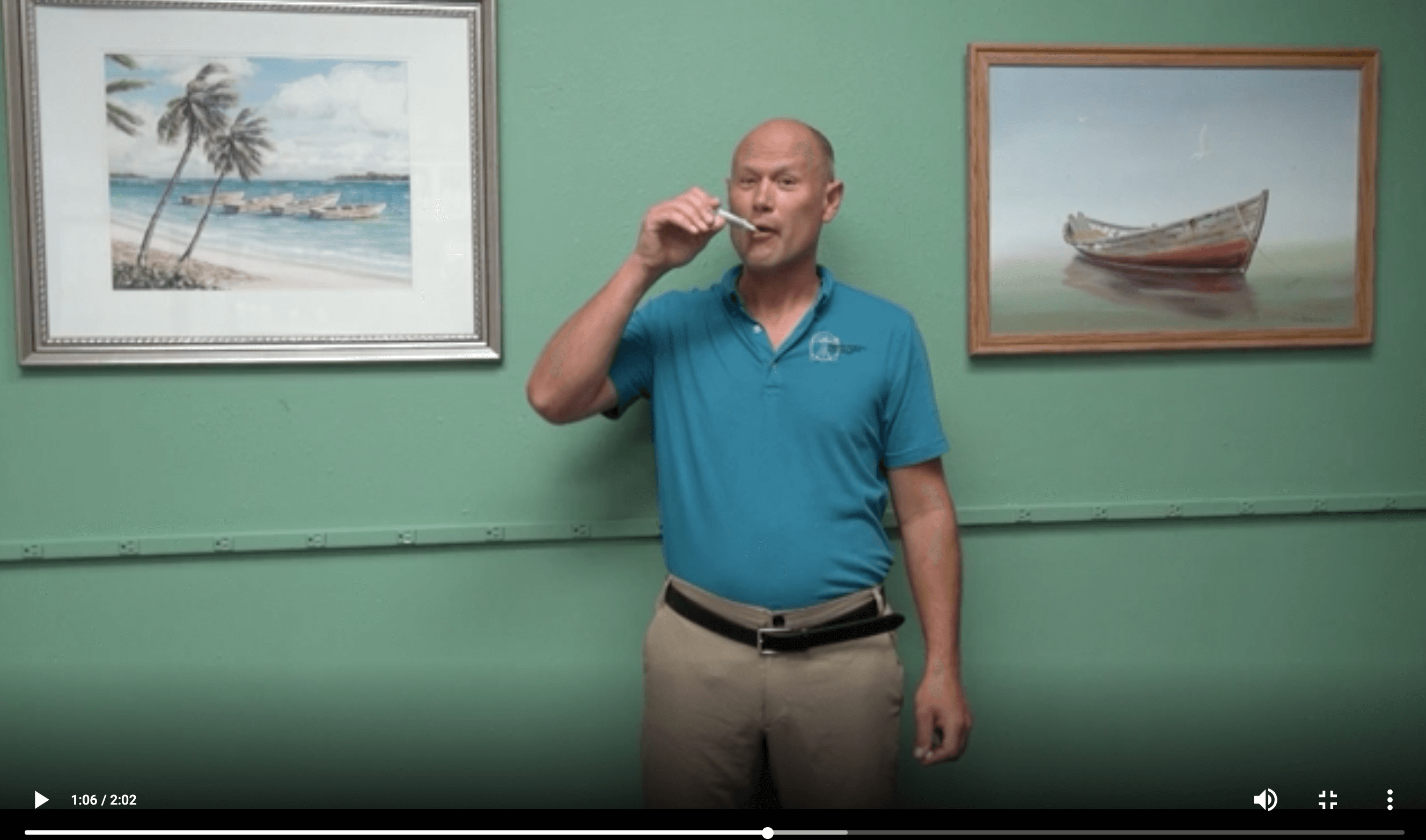 Grand Junction chiropractor Ronald Engler administers horse Ivermectin to himself in a self-made video on his business website. Engler’s chiropractic license was previously suspended for six months in 2008 by the State Board of Chiropractic Examiners.

The FDA’s web page about Ivermectin warns that animal doses of Ivermectin are far more concentrated than human doses, and even human doses can interact with as many as 81 other medications, including blood-thinners like warfarin, herbal supplements and ethanol, the alcohol in beer, wine and brandy. People can also overdose on Ivermectin. Symptoms include nausea, vomiting, diarrhea, low blood pressure, allergic reactions like itching and hives, dizziness, ataxia (problems with balance), seizures, coma and even death. 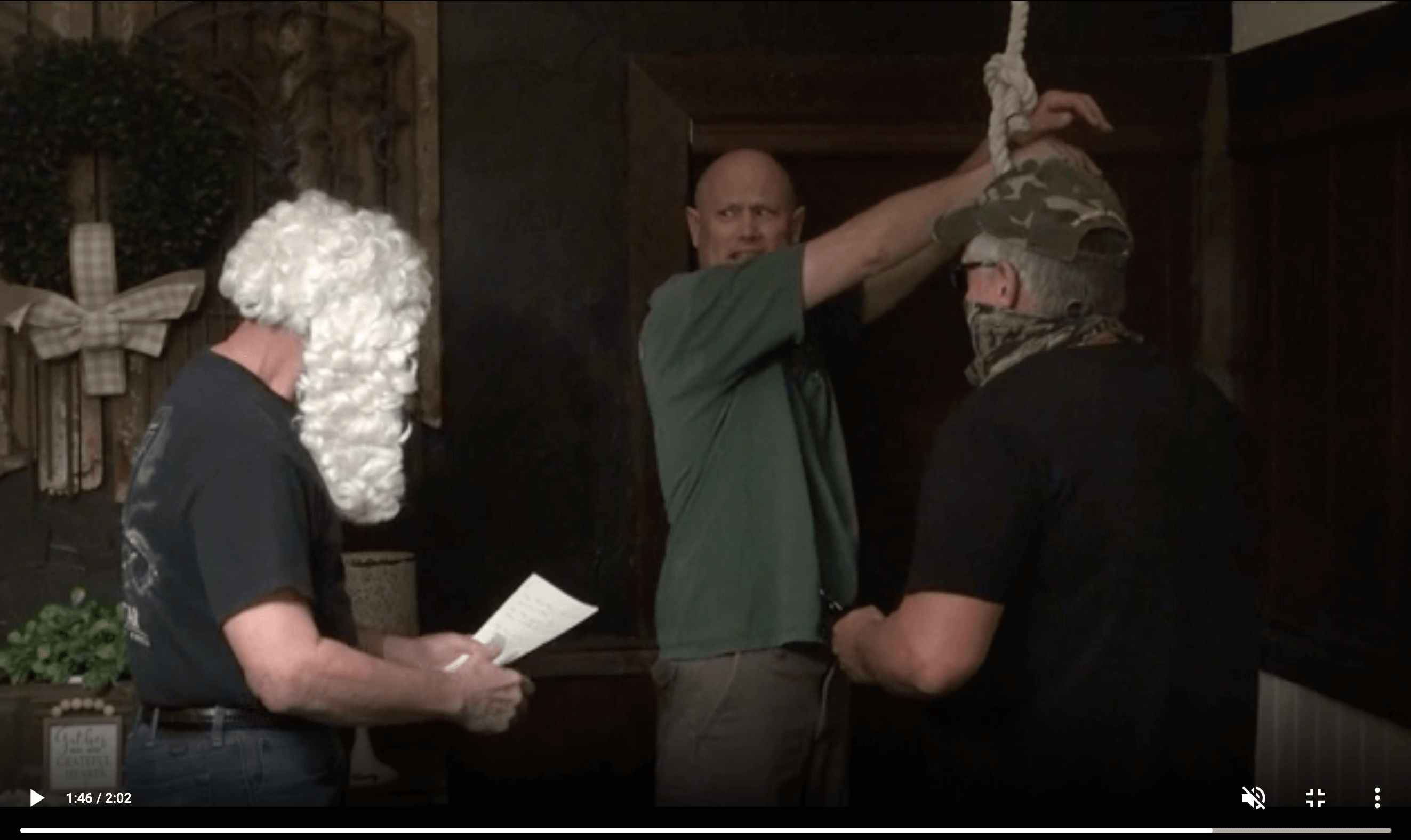 Screen shot of Engler’s joking torture scene in his video which he is “forced” to say people should consult a doctor before taking medications.

In his video, Engler tells people where they can get horse Ivermectin, and then, from several feet away, he demonstrates how to adjust a syringe full of it for a human. Then he goes so far as to actually administer the Ivermectin to himself on camera, smiles and advises viewers to “Do things that actually work and keep you safe.” Engler follows this with an odd and unprofessional play-acted scene in which his hands are bound above his head while he is jokingly forced by physical prodding to say people should consult a doctor before taking medication.

State records show that Engler previously had his chiropractic license suspended for 6 months in 2008 by the State Board of Chiropractic Examiners for use of a controlled substance and “disobedience of a lawful rule or order of the Board.”

This is one such case.