Screenshot of members of the transphobic Facebook group, Reboot 2022, taken on Wednesday, May 11, 2022, after which time her name was removed.

In her own defense, Haitz told the Sentinel she didn’t mean the memes to be hurtful, and that she “has gay and lesbian friends.” Haitz said the “memes had been misunderstood” because “people don’t always understand satire,” and said that people “made up what they thought I meant by it.”

But people didn’t make up anything, and they most definitely did not misinterpret the intent of Haitz’s posts.

How do we know? 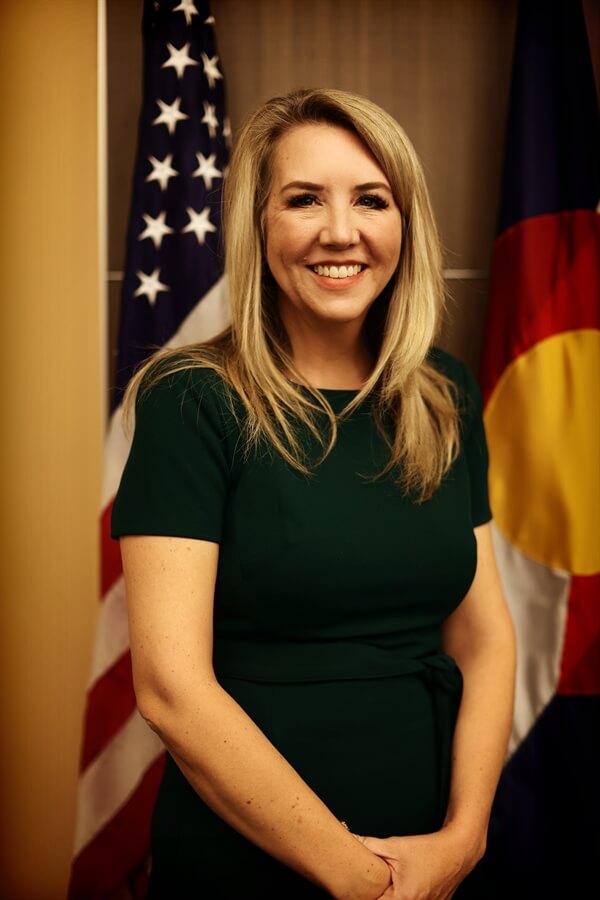 Buried deep inside the article was additional information that affirmed Haitz’s transphobic intent, thanks to Heidi Hess of One Colorado, who provided it to the Sentinel:

Until May 12, Haitz belonged to the public Facebook group REBOOT 2022, a right wing group whose members seek to “Bring back Home Education,” and who believe “[Black Lives Matter] and antifa have threatened physical violence in Mesa County” and that they are “terrorist organizations.” REBOOT 2022’s moderator and administrator is Cindy Ficklin, according to the Sentinel.

In addition to the above parts of their online mission statement, which are distinctly racist, another line in Reboot 2022’s mission statement is a directive that clearly affirms the group’s institutionalized transphobia:

“Transgender is not an option. It’s the greatest blow to equal rights for women in America in 245 years.”

Haitz belonged to Reboot 2022 until Wednesday, May 11, when her name was suddenly removed from the group’s member list amid the scrutiny she is currently drawing over her transphobic posts.

But while she removed her name from the online group’s member list and told the Daily Sentinel she wouldn’t post any more memes as long as she was D-51 School Board President, she did not apologize to District 51 parents and Mesa County citizens, nor did she say she would make an effort gain a better understanding of transgenderism as part of the human condition, nor did she promise to treat transgender students and adults with compassion and respect. 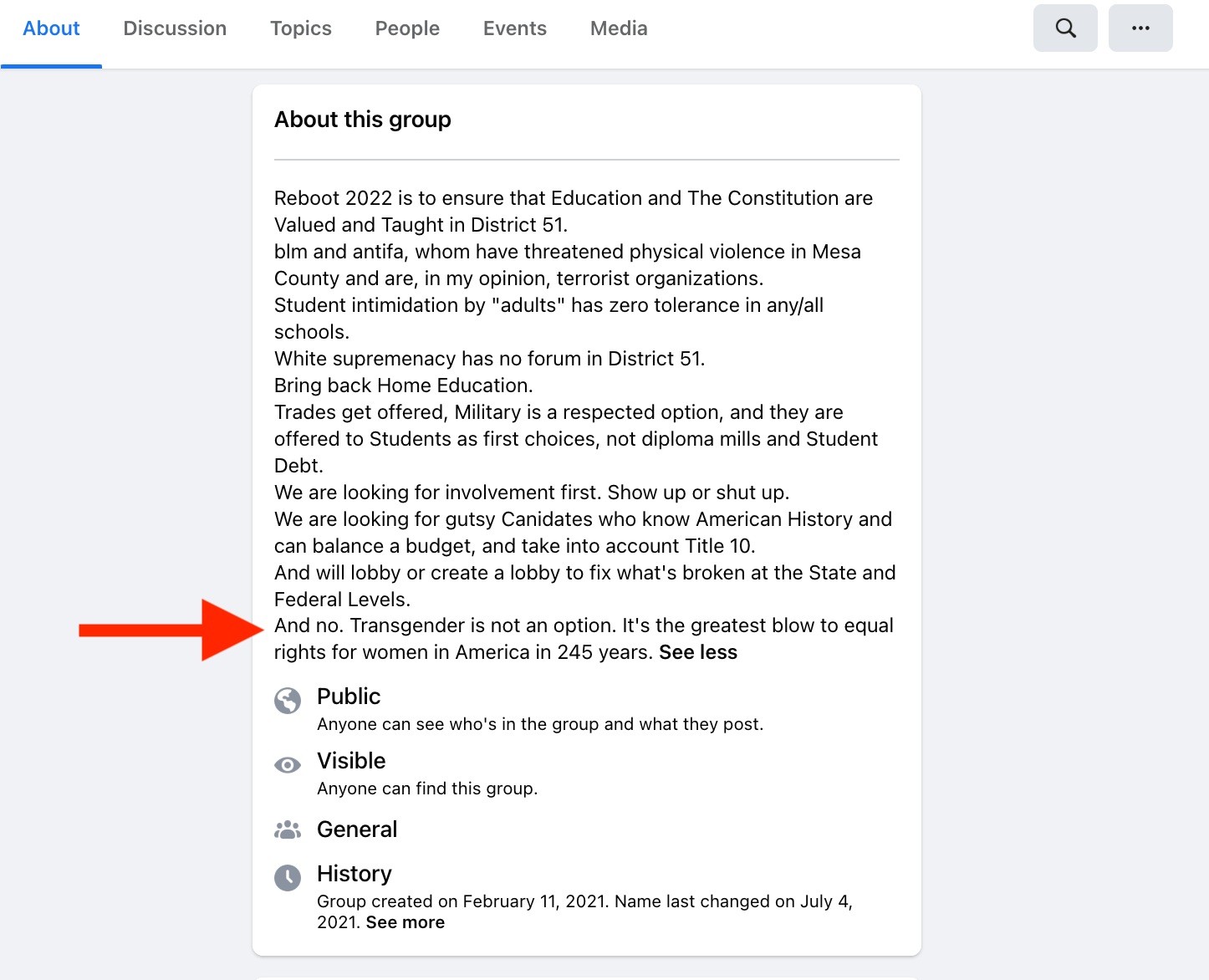 Reboot 2022’s mission statement includes a transphobic statement, in addition to the racist comment that the Mesa County Black Lives Matter group is a “terrorist organization.”