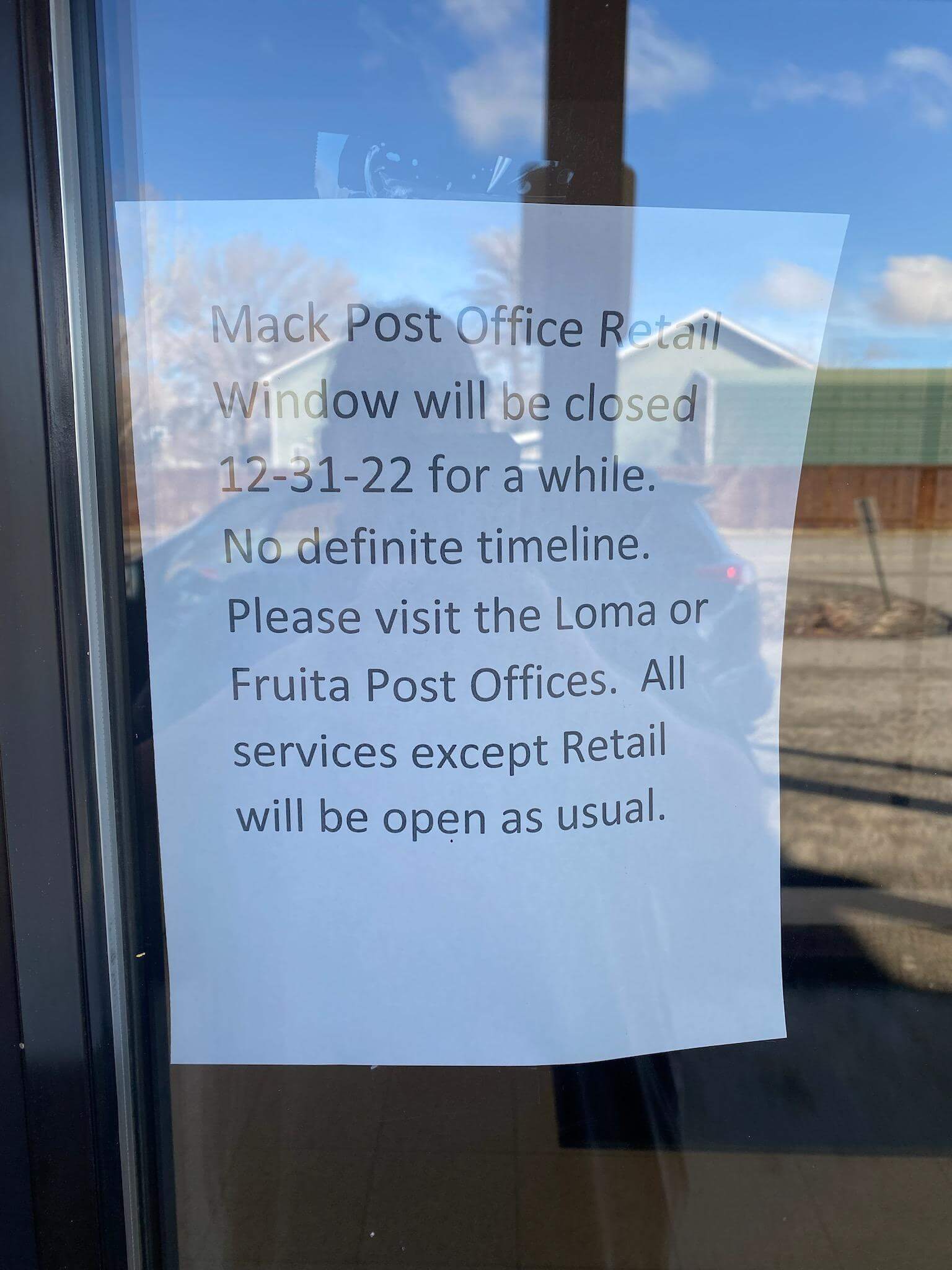 Note taped to the front door of the Mack Post Office.

We’ve already heard about the dire labor shortage that is causing major mail back-ups at the Post Office’s Scarlet mail handling facility,  and delays in delivery of residential and business mail locally.

Now we just found out the Mack Post Office was closed indefinitely on December 31, 2022, leaving people in the Mack area without any retail postal services.  People needing postal services are told to go to the post offices in Loma and Fruita.

Part of a Trump plan to hobble the Post Office

In 2020, as the Trump administration sought to hobble the U.S. Postal Service before the general election apparently out of a fear of mail-in ballots, Trump’s Postmaster General Louis DeJoy instituted a 10-year plan to eliminate overtime, ban late or additional trips to deliver mail, decommission hundreds of high-speed mail-sorting machines, and remove some mail collection boxes from streets. DeJoy is currently working to slash 50,000 positions from the post office, but the Postal Employees Network said this plan ended up clashing with the “tsunami of parcel deliveries that started after Covid,” which took clerks and letter carriers by surprise. The Post Office more typically delivered flats, letters, magazines and the like, rather than large numbers of packages, which are more time consuming to process. 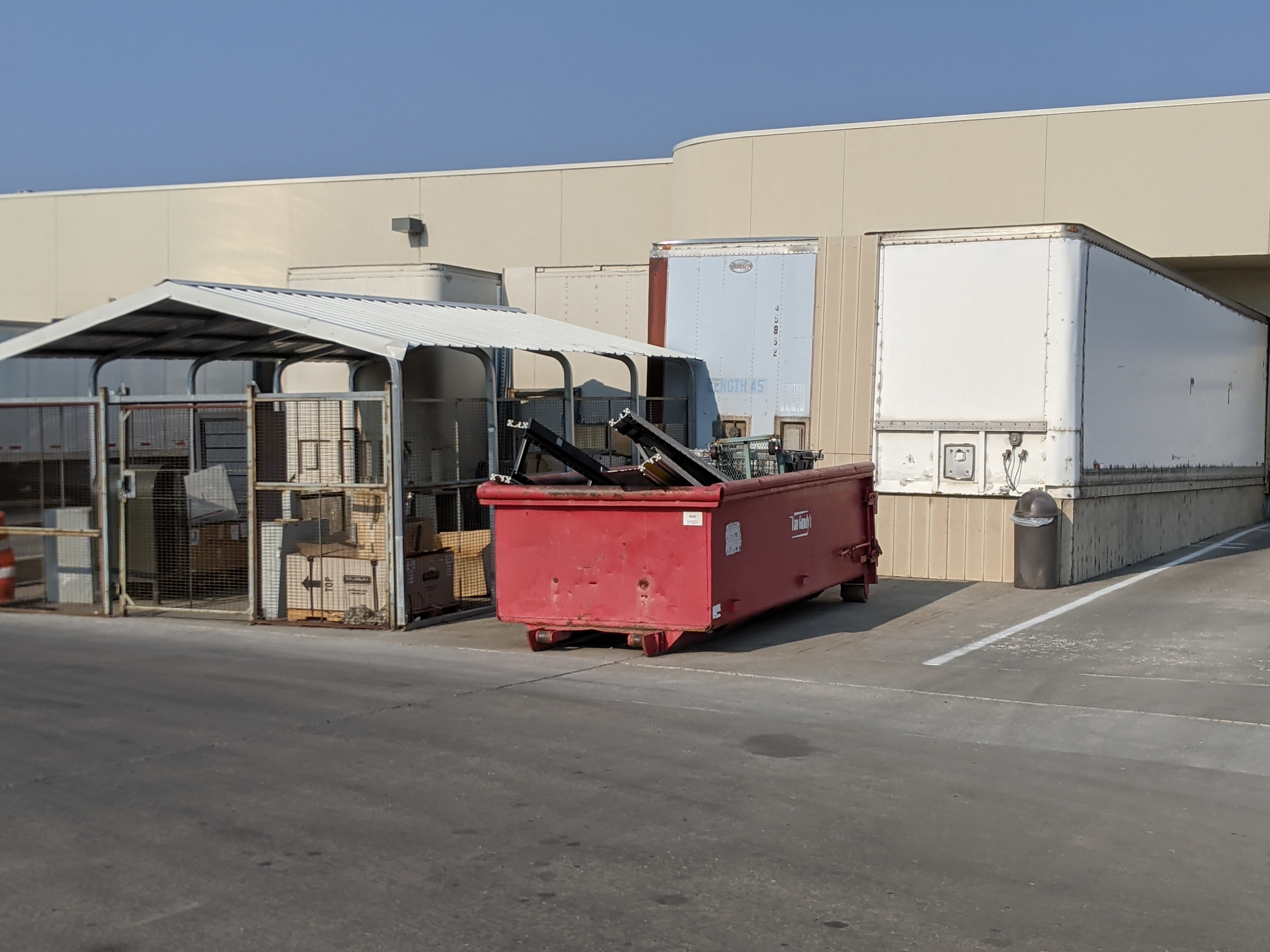 Dumpster outside the U.S. Postal Sorting Annex on Patterson Rd., spotted in August of 2020 with large machine parts in it. When asked about what was in the trash outside, a clerk inside responded “That’s our flats sorting machine. We had just gotten it. It took 2 months to set it up and they were just about to do a test run when the Postmaster General ordered us to take it out. Now we’re sorting flats by hand. We really could have used it.”