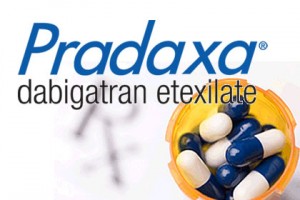 Cardiac patients who experience atrial fibrillation are routinely prescribed anti-clotting drugs to help prevent strokes. For many years, the most popular anti-clotting agent has been warfarin, marketed as Coumadin. Warfarin is the active ingredient in rodenticides like D-Con, which work by causing rats and mice to bleed to death internally. Coumadin works by depleting the body’s level of active Vitamin K, a clotting factor present naturally in many foods. But Coumadin has major drawbacks. Patients taking it require frequent monitoring to assure they have the correct levels of the anticoagulant in their blood, and have to be careful about what they eat, because foods high in Vitamin K can alter Coumadin’s effectiveness. Recently new anti-clotting drugs have come on the market that have been hailed as major improvements over Coumadin because diet not a factor and patients taking them require little or no monitoring for blood levels. With brand names like Pradaxa (dabigatran), Xarelto (rivaroxaban) and Eliquis (apixaban), the new drugs are being hailed by investors in Big Pharma as “blockbuster” drugs, and their manufacturers are, as usual, aggressively marketing them through television ads. But these drugs can be quite costly in several ways. Pradaxa and Xarelto cost around $3,000 a year, while warfarin costs as little as $200. But a much bigger problem for patients is that there is no known antidote to the new drugs for patients who experience bleeding emergencies.