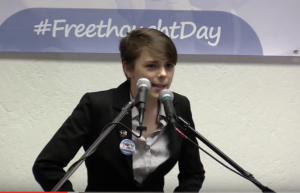 Thanks in large part to Cidney speaking out, the proselytizing inside the Delta County School District drew scrutiny from local news outlets, more people started speaking out about it and it became well-documented. 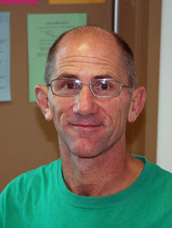 Dan Dunham, the DMS teacher who held bible classes in his classroom, and gave students who attended free doughnuts

The Delta County School District facilitated the distribution of Gideon bibles to students on school grounds during class time, and brought in controversial abstinence-only-before-marriage Christian missionary Shelly Donahue to give “sex ed” talks to high school students. Donahue’s talk violated state law regarding the teaching of sex ed because Donahue omitted mandatory information on topics like sexually transmitted diseases and the use and side effects of various contraceptive methods. Donahue’s talks were funded by the Delta Pregnancy Resource Center, a Christian missionary group operated by Delta Christian Church. Delta High School allowed youth pastors to roam the halls during school hours, and allowed the Fellowship of Christian Athletes to meet during class time. A student at Delta Middle School revealed that her public school forced her to watch a play about the baby Jesus at Christmas time, even though she said she felt it was inappropriate and asked to opt out. Delta Middle School also allowed a teacher, Dan Dunham, to hold bible classes in his own classroom and give doughnuts to the students who showed up. The sessions were called “Doughnuts with Dunham.” The school put a stop to “Doughnuts with Dunham” only after the Freedom From Religion Foundation threatened the District with legal action over it. The bible sessions in Dunham’s classroom on Wednesday mornings ended, but after the threat passed they resumed in a different room, on a different day and led by a different person, and doughnuts remained a feature of the meetings. The family of a middle school student also complained to Western Colorado Atheists and Freethinkers that a Delta Middle School teacher quoted the bible in class, told her class that “non Christians are bad people,” and “The bombers aren’t Christians.” After the student questioned the teacher’s pronouncements and protested other incidents of proselytizing on school grounds during class time, the family started being harassed. Their home was TP’ed and the student received a credible death threat.  That family moved out of state to prevent their daughter from having to attend Delta High School and face both more proselytizing and retaliation for complaining about it.

Cidney and her family have been similarly harassed. The many ways the DCSD violated Cidney’s rights, and those of other public school students, is also documented at this link. 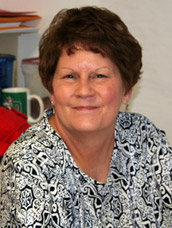 Here are additional links on the subject of the Delta County School District:

What it’s Like to be a Student with a Brain in the Delta County School District, July 20, 2016

The Delta County School District Has Lots to Answer For, March 30, 2016