Chip Page. His name on the ballot is “William Chip Page.”

* OGRE is an acronym for “Old Guard Republican Establishment.”

Voters unhappy with the longtime direction of Mesa County politics and tired of the same old people running for office  can finally breathe a collective sigh of relief. A new and viable candidate has entered the 2020 race for Mesa County Commissioner District 3, which comprises most of the eastern side of the county, generally east of 30 Road. The current commissioner, Rose Pugliese, is term-limited out.

William “Chip” Page is a registered independent who moved to Grand Junction in 2000 from Cripple Creek, Colorado.

Page served as Mayor of Cripple Creek from 1995-1999. Before that that he sat on Cripple Creek’s planning commission for 6 years and on the Teller County planning commission for 6 months. After moving here, Page worked for the Mesa County Sheriff’s office for six years as a volunteer victim advocate, responding to domestic violence, child neglect and sexual assault cases. Page also worked in private probation with the 21st Judicial District, where he handled a regular case load as well as a victims assistance case load. Currently Page is employed by the Colorado State Department of Corrections as a Re-Entry Specialist in the Grand Junction Parole Office. He helps people who’ve been released from prison integrate back into the community. For the past 10 years Page has sat on the Mesa County Planning Commission and for the last two years he’s been the Commission’s Chairman.

Not obligated to any political party

Page is a registered independent, and he’s not out begging people to contribute to his campaign, so there won’t be any fancy TV ads or billboards advertising his candidacy (maybe just a few yard signs). Page is relying on word of mouth instead to get the word out about his candidacy.

His platform includes responsible management of county finances, equitable pay and improved working conditions for County employees, advocating for non-polluting and environmentally-sound business practices. Page also endorses “conscious capitalism,” for example a company that endorses the free market system while providing a fair living wage to employees and catering to the sustainability of our environment. 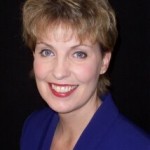 The other candidate running for County Commissioner in District 3 is Old Guard Republican Establishment (OGRE) candidate Janet Rowland, one of many repeat western slope Republican candidates commonly known as “retreads,” or candidates who’ve held one or several elected offices before, who are not fresh faces or new blood and who keep running for elected office over and over again. Rowland has already been two-term Mesa County commissioner (2005-2013), and is now bellying up for more. When Rowland was previously Commissioner, she gained notoriety for plagiarizing a column she wrote for the Grand Junction Free Press, using her office to grandstand for her religious beliefs, making derogatory statements about LGBTQ people on state-wide TV that embarrassed the county on the national stage, and much, much more. You can read more about Janet Rowland’s disastrous previous two terms as Mesa County commissioner in a previous blog here.

Another OGRE retread running for commissioner in District 3 is Ray Scott, who was previously our area’s state House Representative and who is currently our state senator.

Scott gained notoriety locally for getting sued by the SCLU for blocking his constituents from social media who hold opposing opinions and forcing taxpayers to pick up the $25,000-pus tab for his legal fees, double-billing for his legislative expenses, opposing electric cars, watching movies on his cell phone during legislative sessions, being absent for crucial votes on bills affecting the western slope, taking PAC money from outlaw corporations, and much more.

Check him out. After a lifetime of Mesa County’s Keystone Cops-style OGRE governance, it’s probably time for a change.