Cardboard cut out of Boebert at the protest 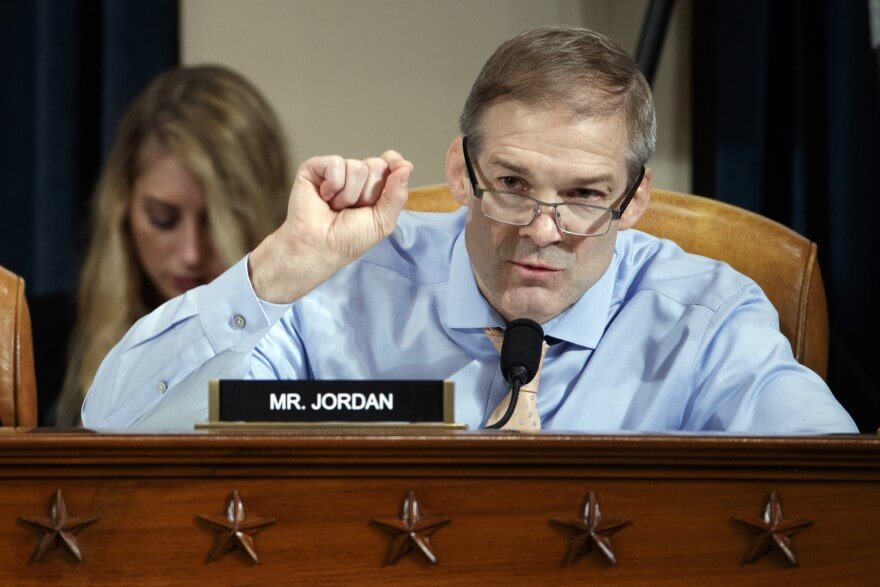 Rep. Jordan is a former wrestling coach at Ohio State University (OSU) who was accused by former university students of helping cover up sexual abuse by the team doctor, Richard Strauss. A multi-million dollar investigation by OSU concluded in 2019 revealed Strauss had molested “at least 177 males students” between 1979 and 1996. Jordan worked at the university during that time, from 1987-1995. Six former wrestlers say Jordan knew about the molestation and didn’t do anything. A wrestling referee reported the abuse to Jordan but said Jordan didn’t do anything to help the victims. Some students reported that Jordan actually begged them to help him cover up the abuse. The whistleblower who first exposed the abuse said he got a phone call from Jordan “begging” and “crying” to him not to corroborate accounts of the abuse.

Protesters, outraged that Jordan was invited to Mesa County and remembering the shocking January 6 attack on the U.S. Capitol, yelled at event attendees “Welcome to the Insurrection Dinner!,” “Traitors!,” “Shame on you, GOP!,” “Don’t Let Jordan near your kids!,”  “Don’t be racist,” “Biden won!” They chanted “Less Mar-A-Lago, more Col-o-rado,” and “Bobo’s got to go!” and waved signs shaming Republicans over their belief in Trump’s “Big Lie” that he won the 2020 election.

Tickets to the event were advertised at $125 and $225, far beyond the means of most Mesa County working families in today’s struggling pandemic economy. Nevertheless, a crowd of Republicans who couldn’t afford to get into the event gathered on the south side of the convention center alongside the anti-Boebert/Jordan protesters waving huge American flags on flagpoles, prompting the anti-Boebert protesters to yell “Don’t impale any cops with your flag poles!”

8 comments for “Crowd protests Boebert and Jordan’s appearance in G.J.”