Note: Some graphics in this article may not be suitable for children. 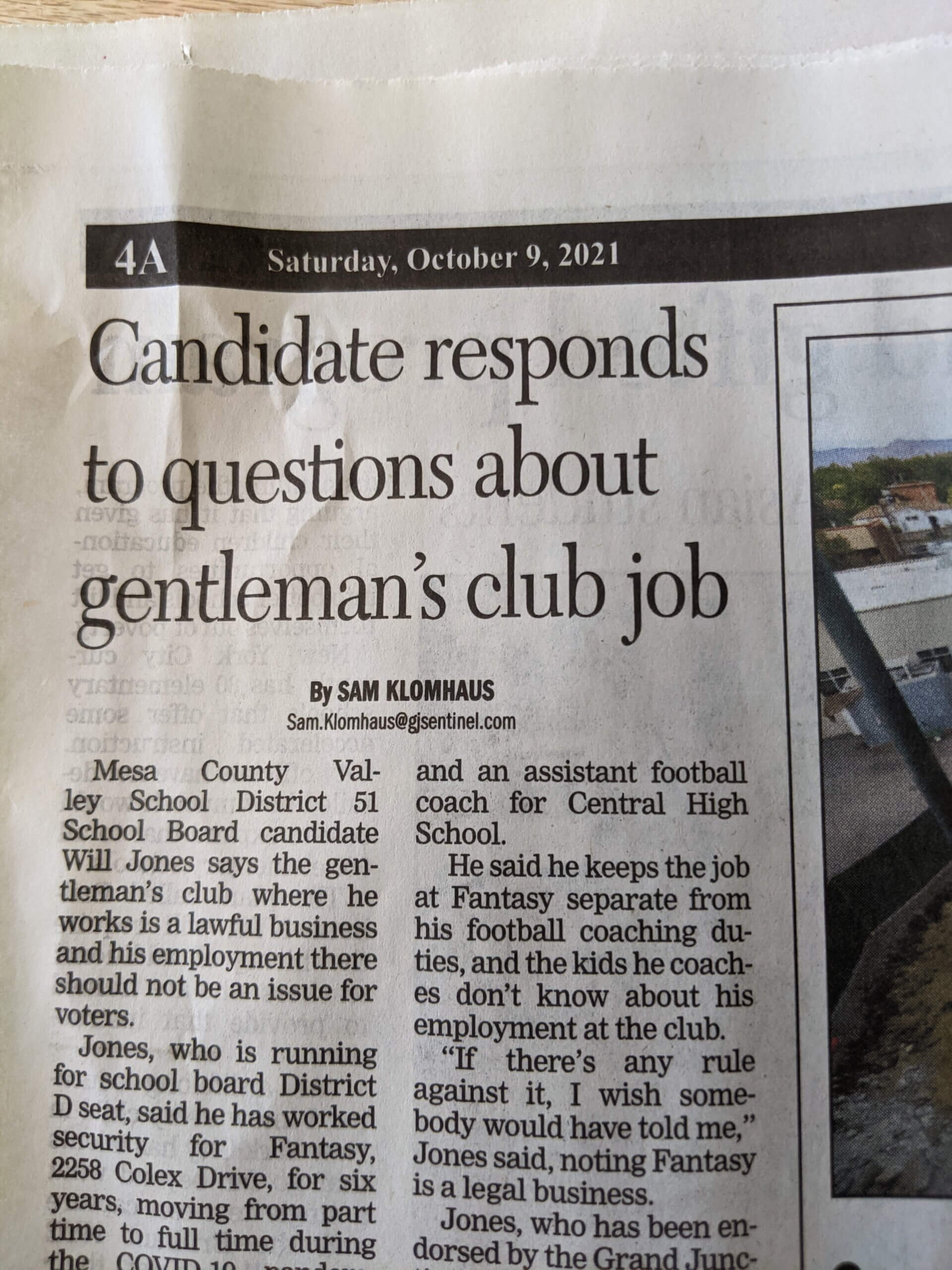 The Grand Junction Daily Sentinel confirmed what was first revealed in this blog September 22, that District C School Board candidate and youth football coach Will Jones is employed by Fantasy strip club, which the Sentinel euphemistically referred to as a “gentleman’s club.” 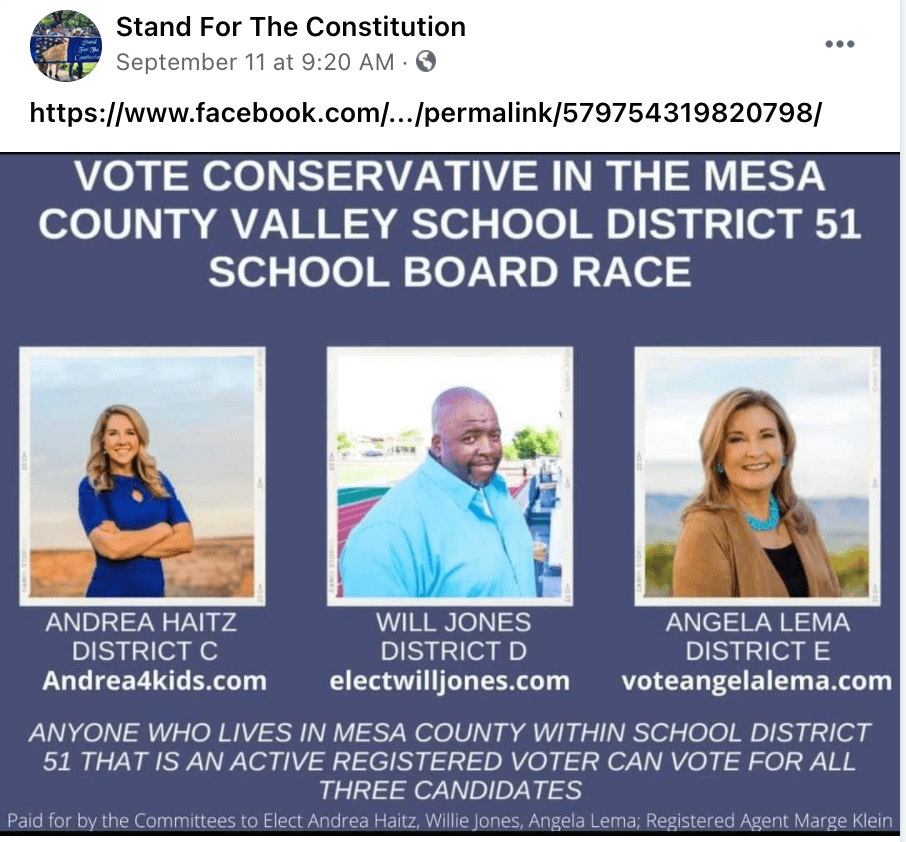 “Stand for the Constitution,” an extreme right wing group, supports Angela Lema, Andrea Haitz and Will Jones for School Board.  The three are running as a politically far right wing extremist slate.

That’s like calling the 24 Road Adult Emporium a “library.”

An actual gentleman’s club is a private social club set up for aristocratic males, featuring amenities like a dining room, parlors for reading, gaming and socializing, a bar, billiards, etc.

Fantasy is not that.

It’s a strip club, and one that’s had some questionable incidents.

On March 4, 2015, police were called after a man was stabbed at Fantasy strip club.

In May of 2019, a guy with a gun in a holster impersonating a Mesa County Sheriff’s officer was arrested trying to enter Fantasy.

In May, 2021, a man was assaulted in Fantasy’s parking lot and found dead at 2:00 a.m. the following morning. Death was from blunt force head injury. The next day a suspect was apprehended and charged with reckless manslaughter, a Class 4 felony. 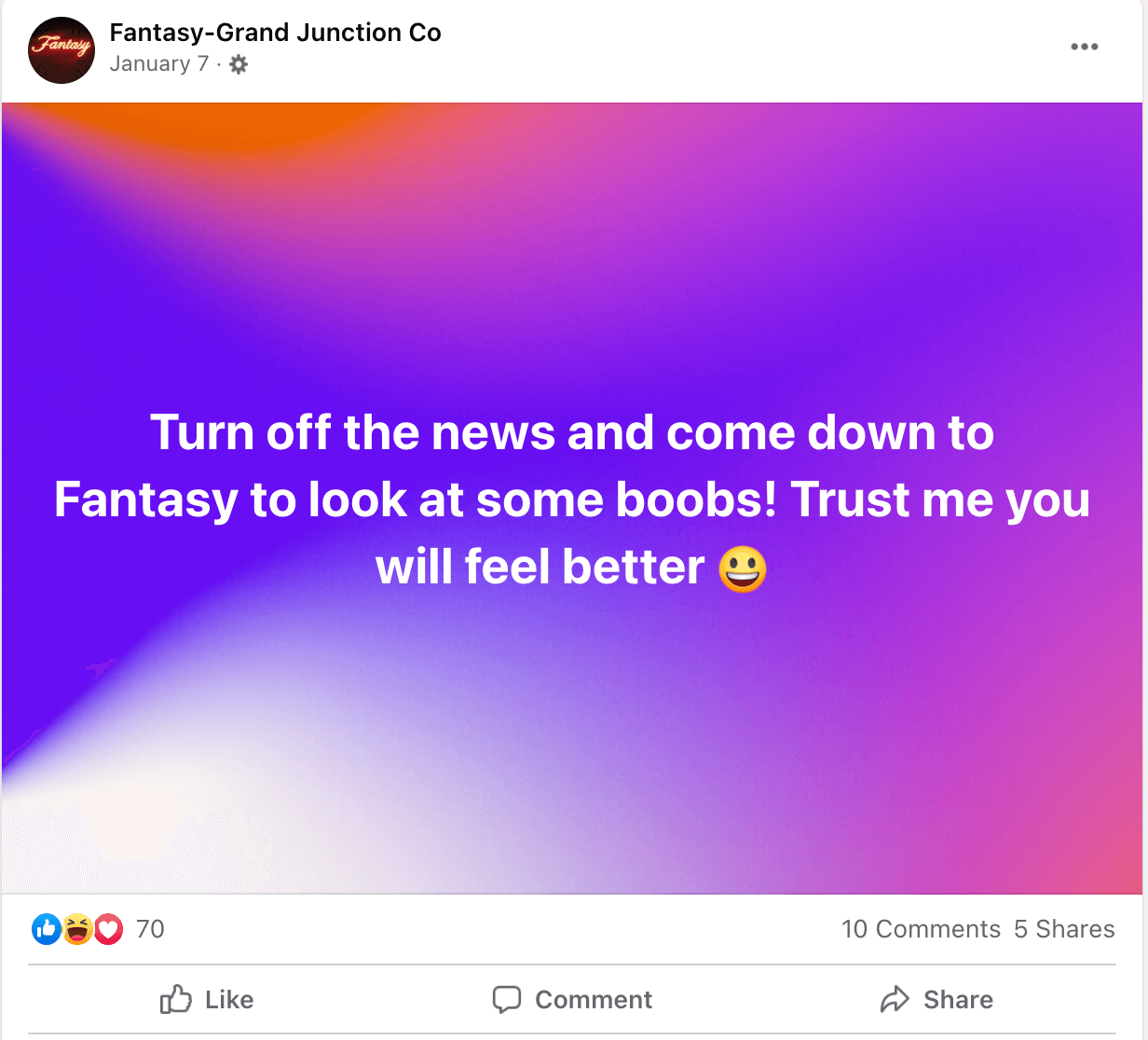 Facebook post by Fantasy, where school board candidate Will Jones works. Jones has been endorsed by the G.J. Chamber.

In 2013, four dancers sued Fantasy over an employment arrangement in which the club hired them as independent contractors but charged each dancer a “stage fee” of up to $80 per shift, and charged them even more fees to dance in private rooms. The dancers were paid no salary and earned tips that they then weren’t allowed to keep. The club forced them to share their tips with the bouncers, D.J.s and other club employees, effectively using their tips to help support the whole club. The club also charged the dancers ridiculous fines, like $100 for switching their scheduled time with another dancer, and $80 if they were sick, even if they provided the club with a doctor’s note.

The club eventually settled the lawsuit.

In the Sentinel article, Jones says the kids he coaches don’t know about his employment at the strip club.

Jones is one of a bloc of three candidates for School Board who are endorsed by the Grand Junction Area Chamber of Commerce, the Mesa County Republican Party and the far right extremist group “Stand for the Constitution.” The other two candidates are Angela Lema and Andrea Haitz. 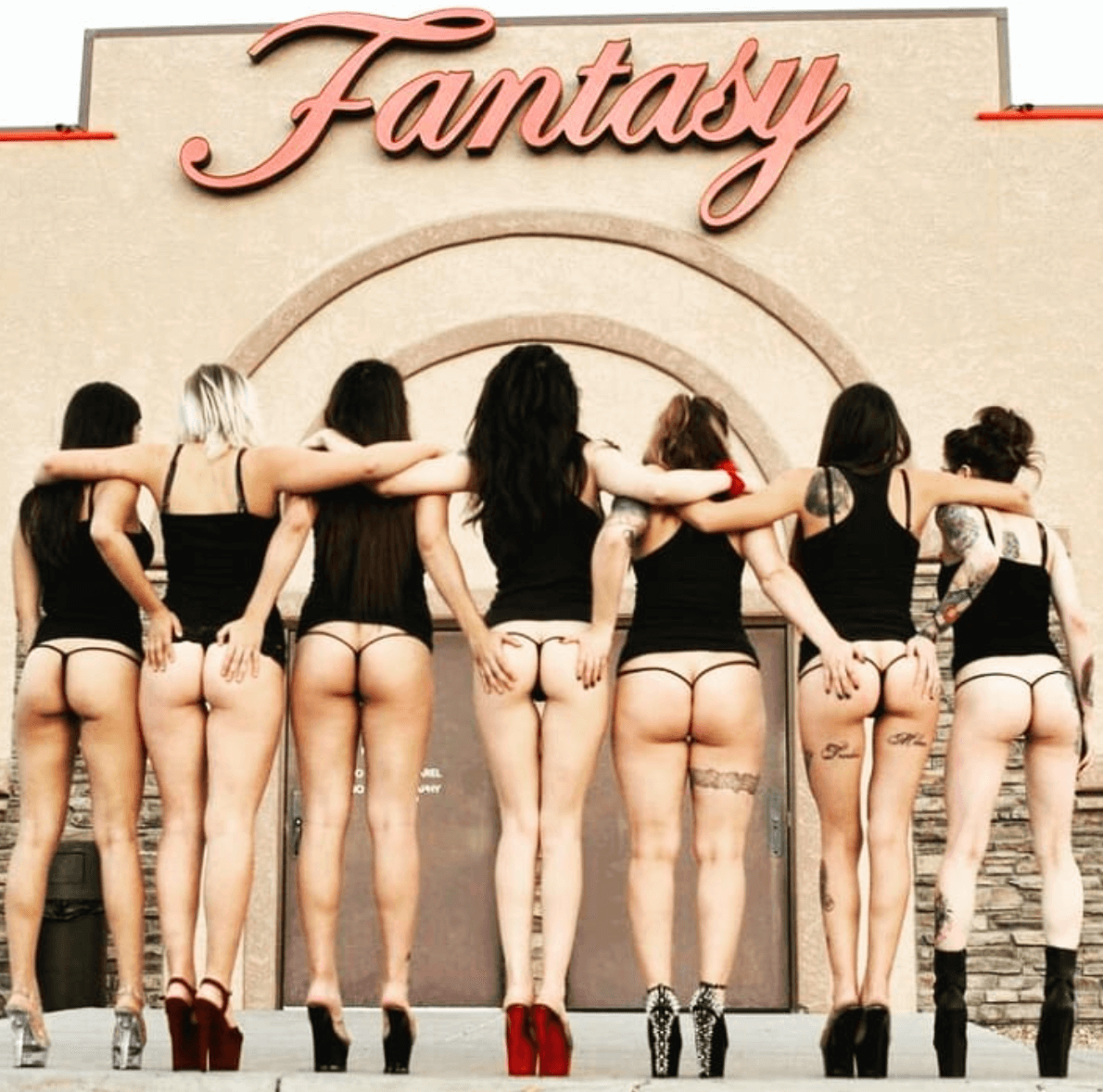 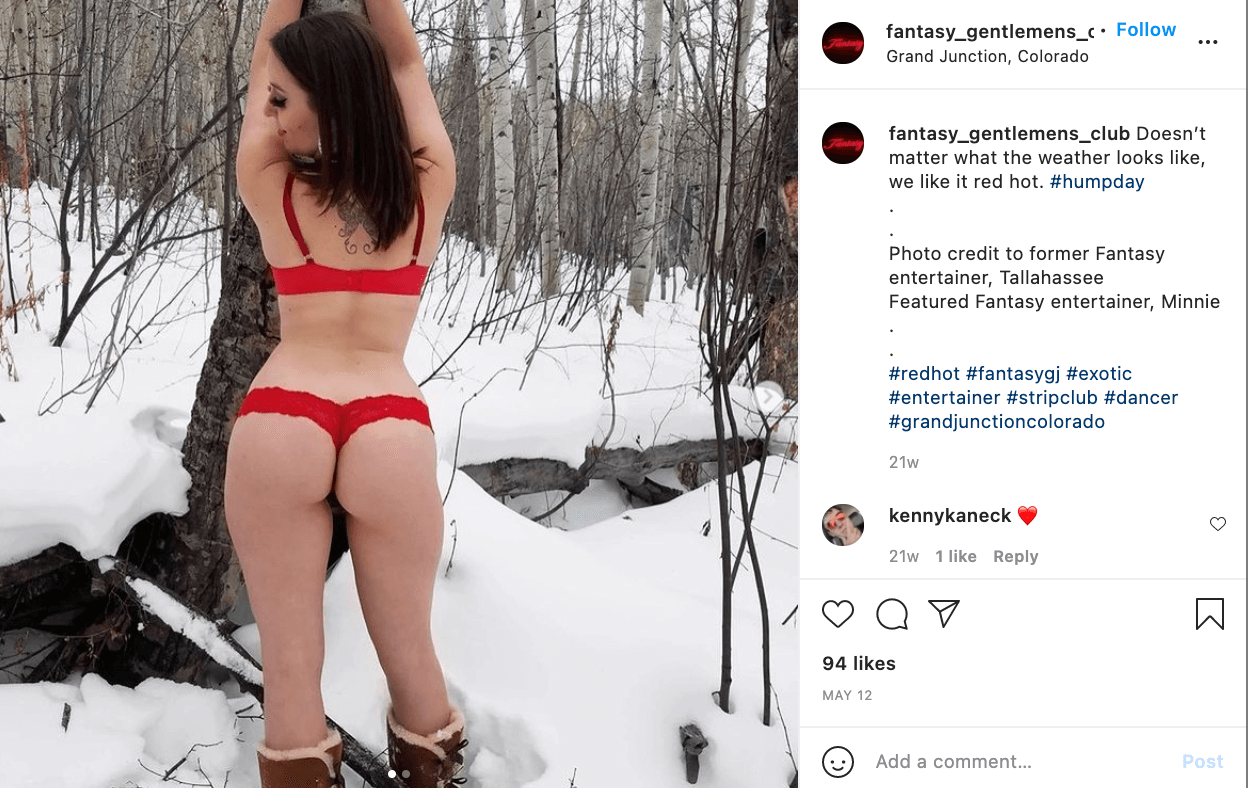 10 comments for “Mesa County GOP, G.J. Area Chamber of Commerce and “Stand for the Constitution” all endorse candidate for School Board who works at a strip club”