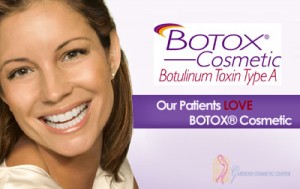 Ad for Botox Cosmetic. Allergan hid information from doctors and patients about the dangers of injecting botulinum toxin into the body.

Dr. Sharla Helton, an accomplished obstetrician in Oklahoma City, won $18 million a long-running legal fight against the maker of Botox, after she contracted botulism poisoning as a result of getting injections of Botox Cosmetic 2006.

Botox Cosmetic, which is injected into people’s faces to reduce the appearance of wrinkles, is made from a highly potent neurotoxin produced by the bacterium Clostridium botulinum. Botulinum toxin is the most acutely lethal toxin known to man, and has been considered for its potential as a biological weapon. Just four hundredths of an ounce of undiluted botulinum toxin is enough to kill one million people by giving them the nerve disease botulism, which causes paralysis. Allergan must dilute their toxin so much that the amounts in its drug Botox cannot be measured in conventional terms. One “unit” of Botox is the amount that will kill one half of a test population of laboratory mice. A typical injection of Botox is 20 times that amount.

Even very slight errors in how and where a doctor injects the drug can potentially cause significant and even lethal health problems.

END_OF_DOCUMENT_TOKEN_TO_BE_REPLACED 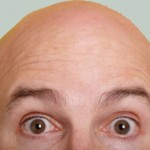 If your hairline is receding and you’re are thinking about taking Merck’s baldness drug Propecia, you might want to think again. The U.S. Food and Drug Administration (FDA) ordered drug maker Merck to change the warning labels for Propecia and its prostate drug Proscar to include “libido disorders, ejaculation disorders and orgasm disorders,” conditions that FDA notes may continue well after patients stop taking the drugs.  While FDA says it isn’t clear whether finasteride, the active chemical in Propecia and Proscar, is what causes the persistent sexual problems, side effects reported by those using the drugs “suggest a broader range of adverse effects than previously reported in patients taking these drugs.” FDA approved Proscar in 1992 and Propecia in 1997.  Since then, the agency has reviewed 421 post-marketing reports of sexual dysfunction from those taking Propecia between 1998 and 2011. Of those, 59 cases described sexual dysfunction lasting a minimum of three months after discontinuing Propecia. FDA reviewed 131 reports of similar problems associated with Proscar. In 2011, FDA ordered the warning labels of both product be revised to include erectile dysfunction that continues after patients stop taking the drug.  People can report adverse side effects of prescription drugs to FDA’s MedWatch hotline at 1-800-332-1088, report them online at MedWatch Online or through the U.S. mail using the MedWatch form (pdf) available at FDA’s website.