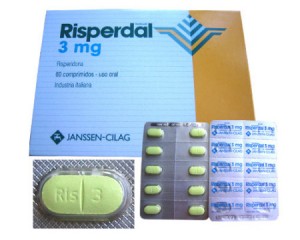 The state of Arkansas has ordered Johnson & Johnson and one of its subsidiaries, Janssen Pharmaceuticals, to pay $1.2 billion in fines for deceptively marketing the antipsychotic drug Risperdal, approved to treat conditions like schizophrenia and bipolar disorder. The companies were accused of failing to provide adequate warning about potential side effects of the drug, which include diabetes, weight gain, neurological problems and increased risk of strokes and death in elderly patients with dementia.   Fletch Trammell, a lawyer in the case who had used Risperdal, said that J&J hid studies that showed Risperdal caused diabetes at a higher rate than a competing drug. The court also found nearly 240,000 instances in which the companies violated the state laws against Medicaid fraud, with each count representing one prescription for Risperdal written to a state Medicaid patient over a 3 1/2 year period. The fine for the Medicaid fraud portion of the case, at $5,000 per prescription, was the state’s minimum.  A 12 person jury deliberated for three hours before finding against J&J. Arkansas is just one of several states suing over Risperdal. South Carolina and Texas have already reached settlements with J&J in their lawsuits. J&J plans to appeal the Arkansas ruling, claiming it did not break the law and that the package insert that comes with the medication was approved by the U.S. Food and Drug Administration.