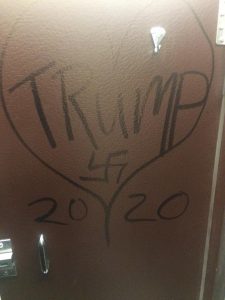 Graffiti left in the restroom at the Horizon Drive Safeway this evening.

An employee at the Horizon Drive Safeway discovered hateful anti-gay graffiti scrawled in the store’s restroom tonight and posted photos of it on social media. The employee discovered the graffiti while changing out of work clothes in the restroom.

The vandalism occurred between 5:00 and 7:00 p.m. this evening.
Donald Trump’s presidency is fueling divisiveness, emboldening supremacists and radical right wing hate groups and has led to an increase in hateful rhetoric around the country, including in Grand Junction. Trump’s negative comments and punitive policies towards immigrants, transgendered citizens and other minorities are also contributing to an increase in hateful rhetoric directed at these groups.  Our community is not immune. 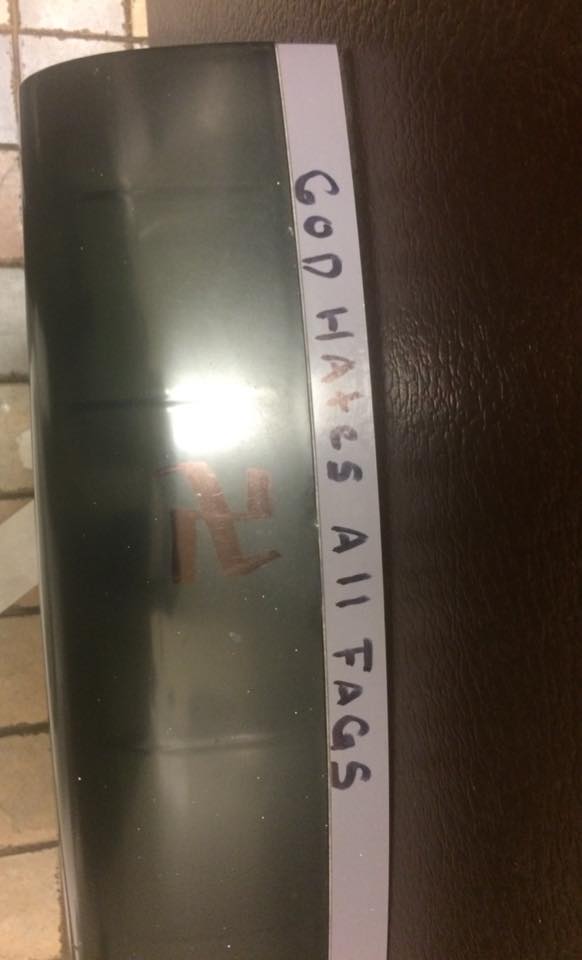