Colorado House Rep. Lauren Boebert is lying and taking credit for accomplishments achieved in a spending bill she voted against. HR 2471, an omnibus spending bill passed in March, achieved Democratic priorities of increasing spending on Americans and reversing the priorities of Trump-era budgets that held the country back.

On March 9, 2022, Rep. Boebert railed against HR 2471, the appropriations bill Democrats released March 8, titled the “Consolidated Appropriations Act, 2022,” complaining in a tweet that the bill was too lengthy, contained “wasteful spending” and that “no one will read” it: 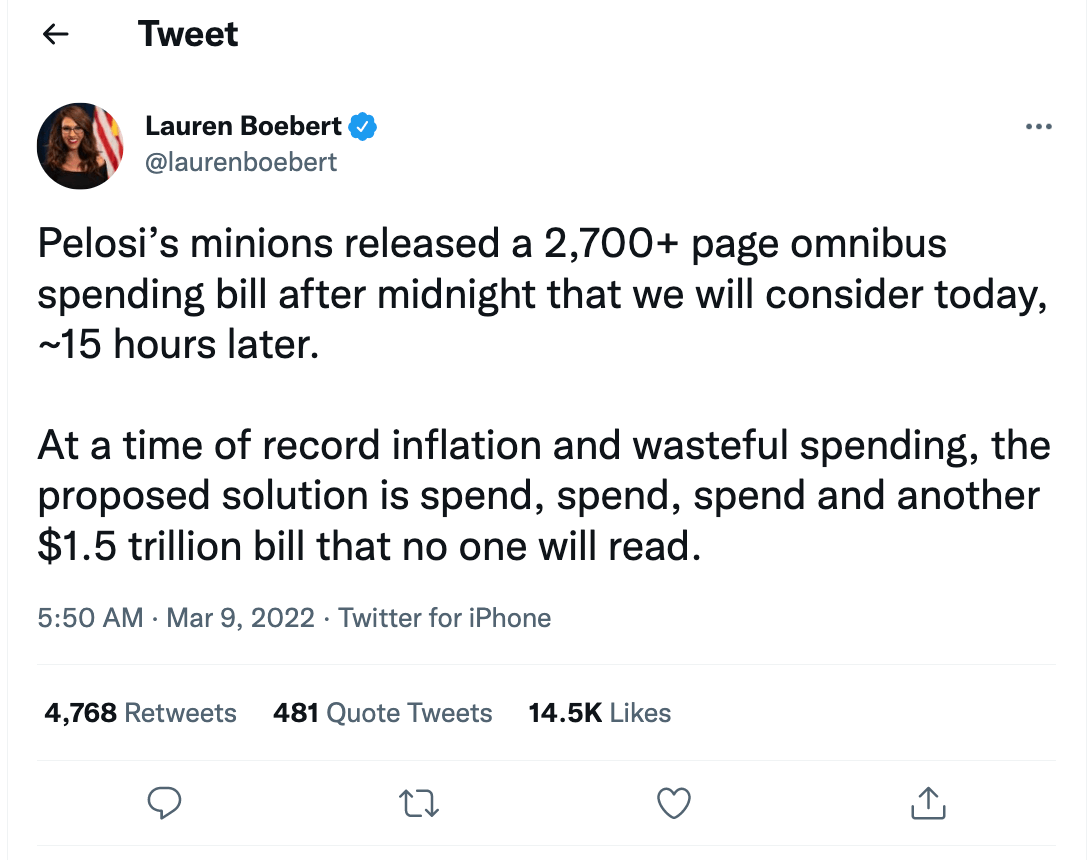 But if you’re on House Rep. Boebert’s email list, on March 22 you got an email titled “Nine Boebert Wins Signed into Law for Colorado” listing “nine of my legislative priorities” signed into law under the omnibus appropriations bill (HR 2471), including: “$1.74 billion for Community Health Centers to serve rural communities; $515 million for the Payments in Lieu of Taxes (PILT) program so rural counties can fund education, law enforcement, and infrastructure; $48 million for the U.S. Forest Service…; $10 million for the Indian Irrigation Fund to benefit of the Southern Ute Tribe; $1 million to compensate farmers for livestock lost to wolves,” and more.

Problem is, Lauren Boebert voted against HR 2471, which funded all of these measures.

In the past, Boebert railed against all earmarks in general, — congressional directives that designate funds for a specific project: 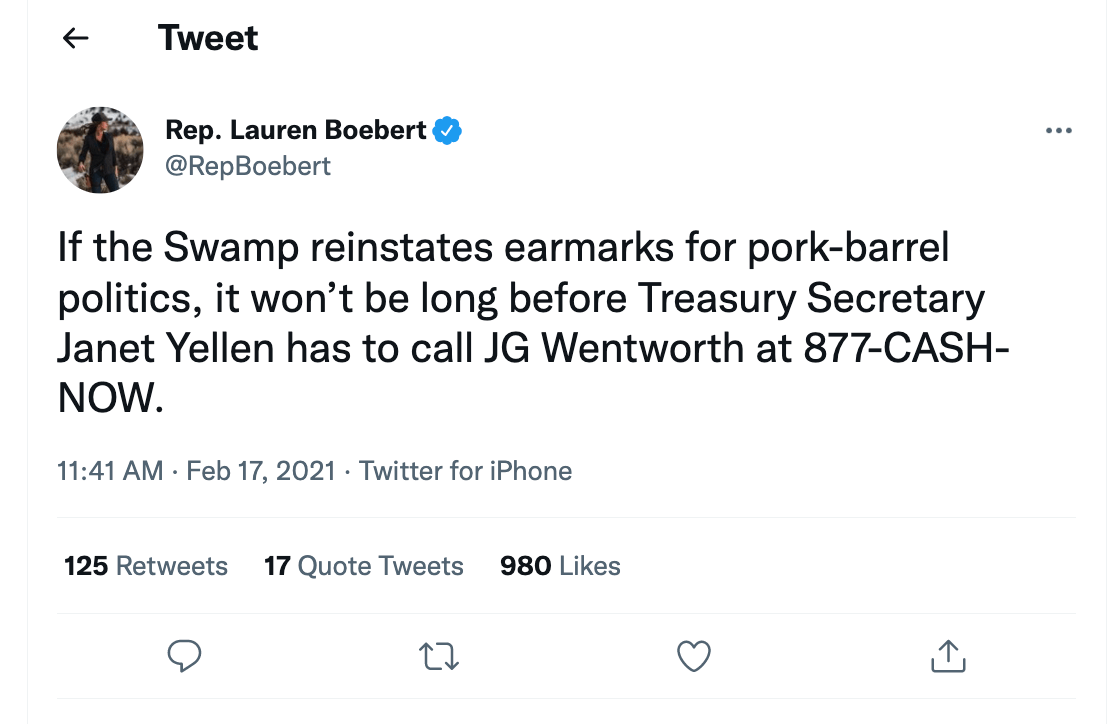 Rep. Boebert can’t have it both ways. She can’t fight all federal spending tooth and nail and then lie and take credit for it when it gets passed. She needs to stop lying to the public, start reading bills and understanding them, and actually vote to help western Colorado and the nation instead of exploiting her elected office to draw attention to herself for her crass, cruel, bullying behavior and pull in more money for herself and her family from craven individuals in this country who actually believe she’s some kind of hero.