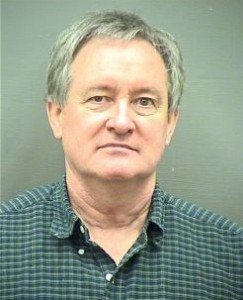 U.S. Senator Michael Crapo (R-Idaho), a Mormon who has portrayed himself to the media as a teetotaler due to his religion, was arrested Sunday morning, December 23 in Alexandria, Virginia on a charge of drunken driving. The arrest occurred at 12:45 a.m. after Senator Crapo blew through a red light. No one was hurt. The officer who pulled Senator Crapo over arrested him after he failed several field sobriety tests. Senator Crapo’s blood alcohol level was .11%, which is above Idaho’s legal limit of 08%.  Crapo was named a bishop in the Mormon church thirty years ago, when he was 31 years old. He attended Brigham Young University, a Mormon institution, and graduated from Harvard Law School. The Mormon church prohibits use of alcohol, coffee, tea and other substances containing caffeine. Despite this, in 2010 Crapo sponsored a bill to cut taxes on microbreweries. At the time he told the Associated Press that he does not drink due to his religion and that if the bill passed, he planned to celebrate by drinking root beer. Crapo issued a public apology after getting his DUI: “I am deeply sorry for the actions that resulted in this circumstance,” Crapo said. “I made a mistake for which I apologize to my family, my Idaho constituents and any others who have put their trust in me. I accept total responsibility and will deal with whatever penalty comes my way in this matter.