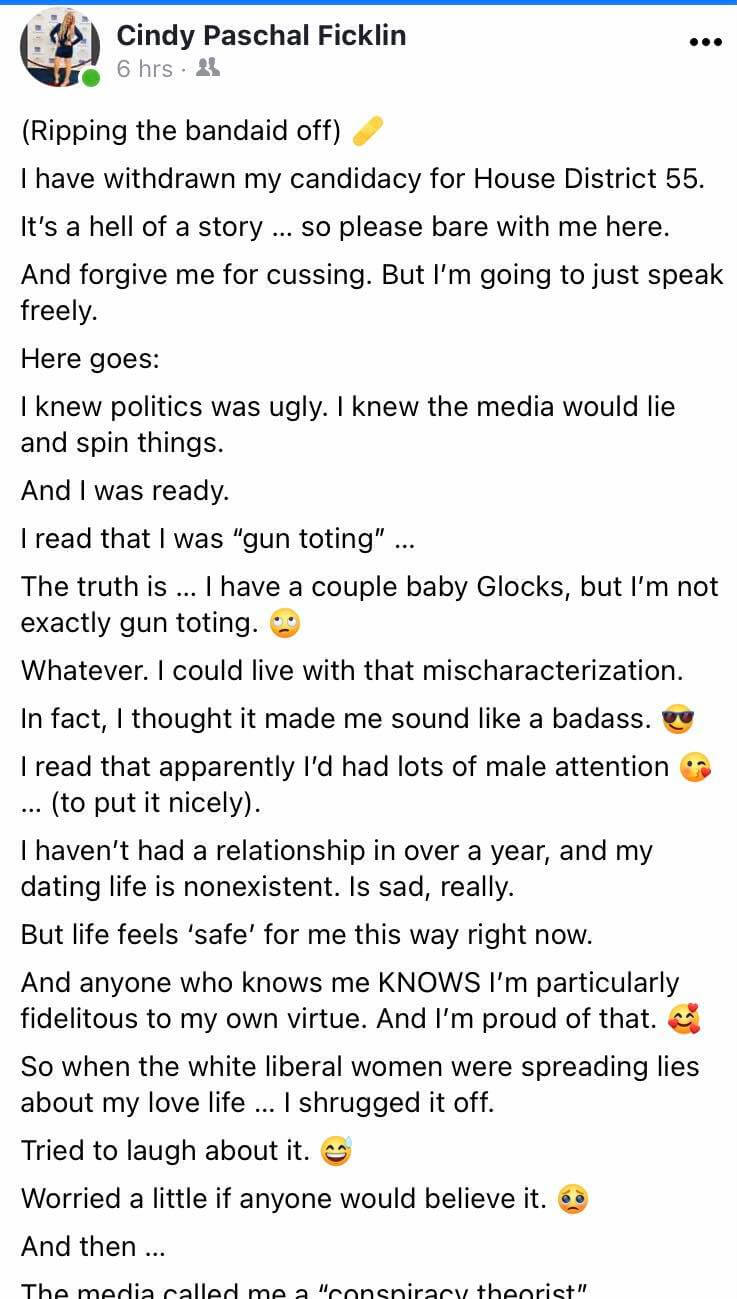 Far right wing extremist Cindy Ficklin announced on Sunday, 12/26, that she has withdrawn her candidacy for the Colorado House District 55 seat.

Ficklin made the announcement in one of her usual extended, emoji-laden posts sprinkled with misspellings. She expressed shock that she had been called anti-semitic during her campaign, especially by her Republican Jewish friends, and admitted she had been ignorant about long-time anti-semitic tropes like saying Jews controlled all the banks the world. She expressed disappointment that people called her “gun-toting” when she only owns only “a couple baby Glocks.”

Ficklin lamented that the media had referred to her as a “conspiracy theorist,” saying

“I call it being the f*cking resistance, assholes.”

She was also shocked when one of her Republican friends called her “privileged.” Ficklin wrote that she thought “only white liberals used a term like ‘privileged.'” She bemoaned having been kicked off Facebook for 30 days yet again, “when my life was imploding.”

Ficklin had already been fined $200 by the state for failing to file her first campaign finance report.

She also had caught Covid-19.

Ficklin, a vocal opponent of vaccines, masking and other behaviors recommended by public health authorities to fight the pandemic, reported last week that she had contracted Covid-19 and was treating it herself with unapproved and potentially dangerous therapies, like inhaling colloidal silver and taking the dog heartworm drug Ivermectin, neither of which have been found to be effective to treat Covid-19, and neither of which have been approved by the FDA for treatment of Covid. 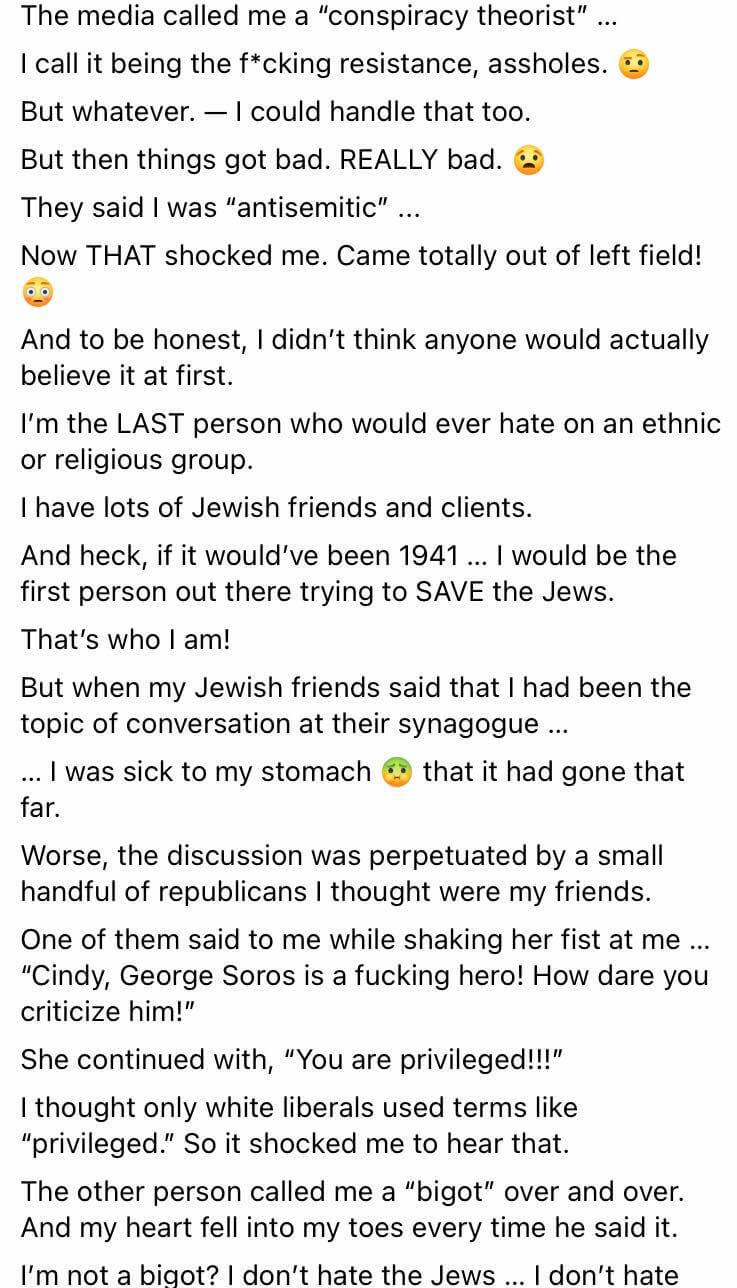 26 comments for “Cindy Ficklin ends her run for HD-55”