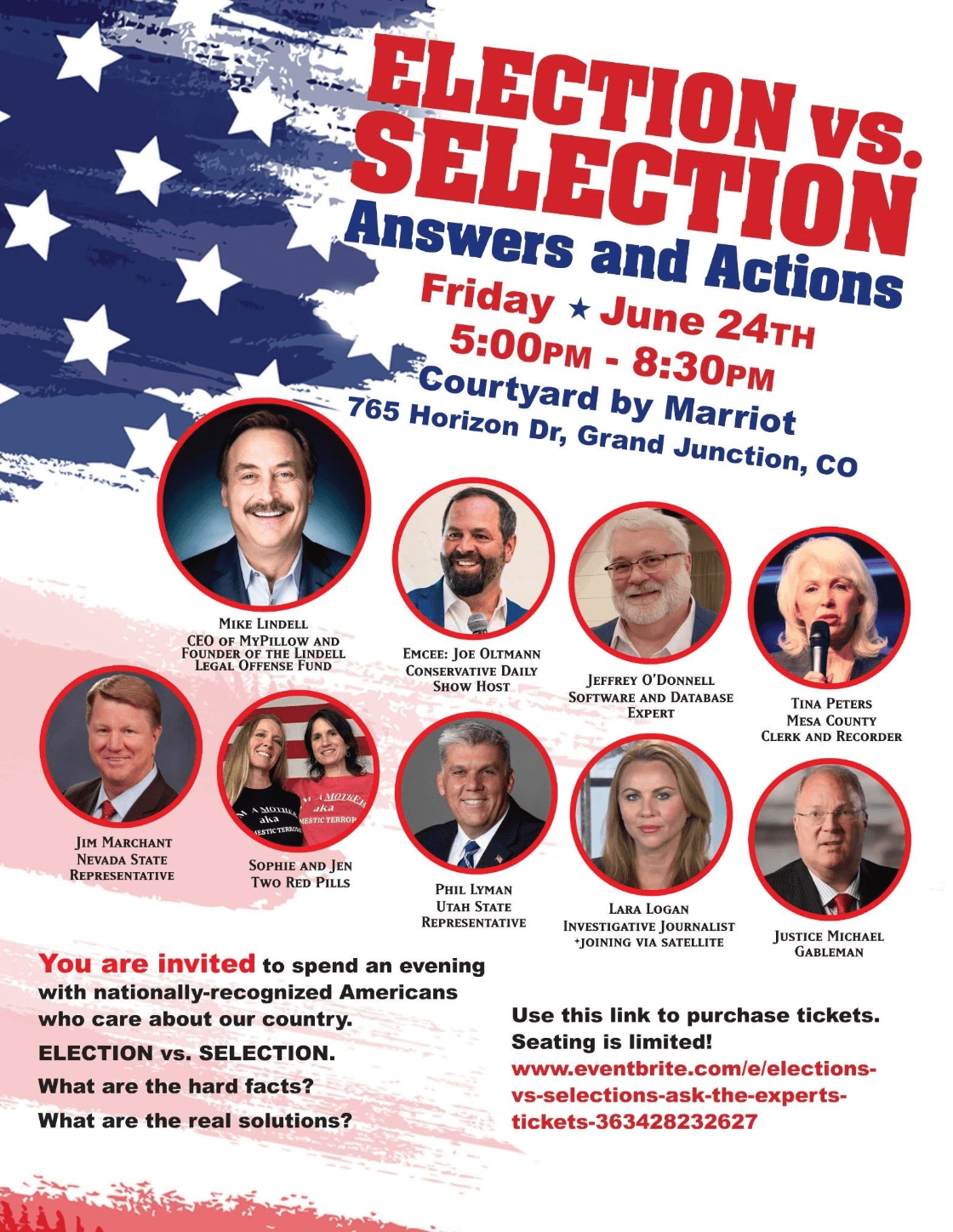 Flier Tina Peters posted for a big election denier event in Grand Junction on Friday, June 24. The Courtyard by Marriott (misspelled in the flier) denies knowing about the event.

An ad Mesa County Clerk Tina Peters posted on her Secretary of State campaign Facebook page promotes a big election denier event to be held in Grand Junction on Friday, June 24 at the “Courtyard by Marriot,” but in addition to the hotel’s name being misspelled, that is apparently the wrong venue.

Someone who bought tickets to the event (at $35 apiece) said they were informed during the purchase that attendance would be capped at 300 people. But the Courtyard by Marriott Hotel on Horizon Drive, the location listed on the flier, can’t accommodate a 300-person event, and the hotel manager had not heard of the event. The only other hotel in the area that can accommodate 300 people is the Doubletree, but the Doubletree similarly had no listing for the event and didn’t know about it.