Renters, beware!
There is a scammer on Craigslist who is stealing photos from rental postings on Zillow, then posting the same property for rent on Craigslist for a too-good-to-be-true low price, like a nice 2 bed, 2 bath house for $500/month. The scammer gets the name of the owner off of the Mesa County Assessor Lookup, and then claims via email to be that person. That way, if the prospective renter gets suspicious and checks to see who really owns the house, they see the name of person they’re dealing with matches that of the actual owner.
The scammer says he’s out of town and carries out the whole scam via text and email. He had an @aol.com email address. When you respond to the ad, the scammer sends a fake application that lets him to get even more personal information from you. He gives a song and dance about how the house is very special to his family and they’re looking for someone to take care of it, then tells you to send money for first and last month’s rent, deposit and other fees via Western Union to an out-of-town Western Union office — in this case, the mark sent $2,000 to a Western Union in Las Vegas, and the scammer used a fake Las Vegas email address.) He emails a fake contract for the mark to sign, grabs the money and leaves the mark without their money and with no place to live. The prospective tenant and property owner never meet. This all takes place over email and text.

END_OF_DOCUMENT_TOKEN_TO_BE_REPLACED 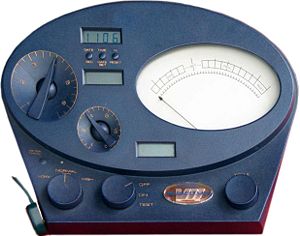 A French appeals court has let stand a 2009 conviction against the Church of Scientology for organized fraud. The case started in 1998 after two women complained that the Scientology Church had scammed them. One woman said she was manipulated into paying 20,000 euros for Scientology products, including “exclusive scriptures” an “electrometer,” or “e-meter,” the Church said she needed to measure her mental energy. Another woman said her employer, who was a scientologist, ordered her to undergo testing and enroll in Scientology courses as a requirement to keep her job. She refused and was subsequently fired. The 2009 conviction required the French branch of the Church of Scientology to pay a fine of 600,000 Euros (about $812,000) for fraudulently extorting money from followers. The Church calls the ruling “a show of anti-religious extremism” and “an affront to justice and religious liberty” and plans to appeal the ruling to the European Court of Human Rights. The Church of Scientology was founded in the U.S. in 1953 by L. Ron Hubbard, a science fiction writer. Its followers believe that humans are inhabited by immortal spirits that have lived thousands of previous lives in other worlds. In the 1980s the Church of Scientology acquired its own cruise ship called the FreeWinds, a 400 foot vessel based in the Caribbean, which the Church says helps followers reach a level within the church titled “Operating Thetans.” Famous scientologists include Tom Cruise, John Travolta, and Kirstie Alley.